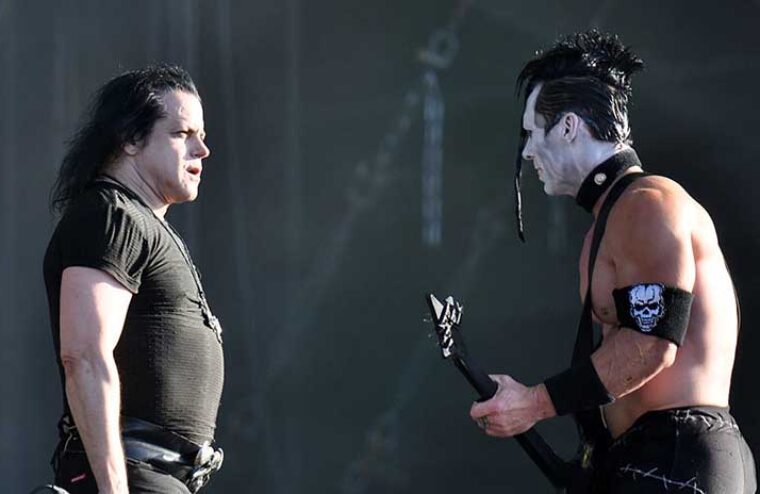 In 2016, legendary horror punk rockers the Misfits reunited with classic members Glenn Danzig, Jerry Only and Doyle Wolfgang Von Frankenstein for the first time since 1983 at Riot Fest. The band was backed by former Slayer drummer Dave Lombardo and guitarist Acey Slade.

Since then, the reformed classic lineup has played scattered headline shows across the country including a headline date at 2022 Riot Fest where the band performed their landmark album, “Walk Among Us,” in full to celebrate its 40th anniversary.

The band was scheduled for a New Years Eve show in Las Vegas at the Michelob Ultra Arena, but unfortunately had to cancel. The band announced on social media: “It is with regret, that due to an unexpected personal matter, the Misfits are unable to perform our show in Las Vegas on Dec 31st. We look forward to hopefully seeing you at a show in 2023. Refunds will be available at point of purchase.”

Danzig told Rolling Stone in 2020 he was happy with how the reunion shows have been going.

“Sh*t, we sold out Madison Square Garden,” he said. “As a matter of fact, we oversold it. Back in the day, all the bigwig promoters and record label people were, like, ‘A punk band will never headline Madison Square Garden.’ And, of course, we’re the first punk band to headline there. And not only did we sell it out, we oversold it. So a big f*ck you to all those as*holes, who are probably selling hotdogs on Sixth Avenue.”

The original Misfits broke up in 1983 before Only and Doyle started a new version in 1995.

Only previously talked with Rolling Stone about working with Danzig again after many years of feuding through the press.

“Glenn is Glenn. We dealt with Glenn in the beginning and it’s the same dealing with Glenn now. It doesn’t change. It’s just a different perspective. If we let Glenn be Glenn and do what we’re supposed to do, it’s gonna work. You don’t argue with each other. I think we’re over that. I think we’re old enough now.”