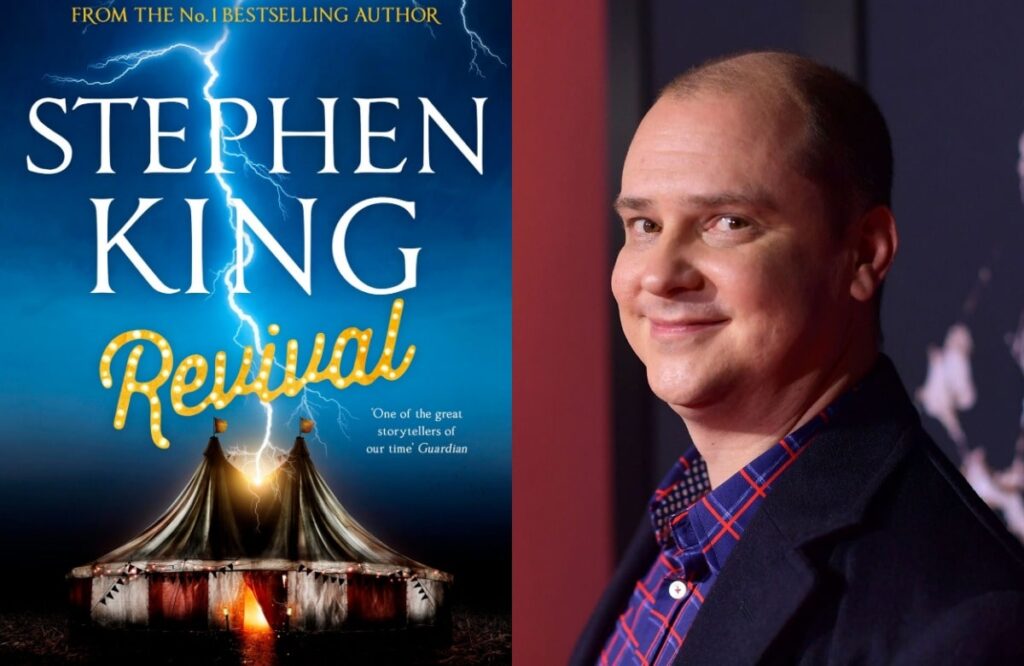 Horror movie filmmaker Mike Flanagan best known for bringing Stephen King’s Gerald’s Game 2017 and Doctor Sleep 2019 to the screen, is currently working on an adaptation of Stephen King’s Revival for Warner Bros. The dark and chilling best-seller has been compared to King’s early work and tells the story of a relationship between drug-addicted musician and a faith healer who is obsessed with what is called “secret electricity,” which he believes can heal people.

Flanagan, who is writing, producing, and directing, speaking as a guest on The Kingcast, has confirmed the first draft of his script has been completed, and that is looking to deliver on the novel’s unsettling conclusion.

What I love about it is it’s a return to cosmic horror, which I think is so fun, it is relentlessly dark and cynical, and I’m enjoying the hell out of that. This is just bleak and mean, and I like it for that. I haven’t gotten to end a movie that way since Absentia, maybe? Maybe Ouija?

This one was a really fun piece of material for me because I get to be like, “Oh, you want a dark ending? Okay. Cool. Get ready.” I will be very curious to see if they let me make it.