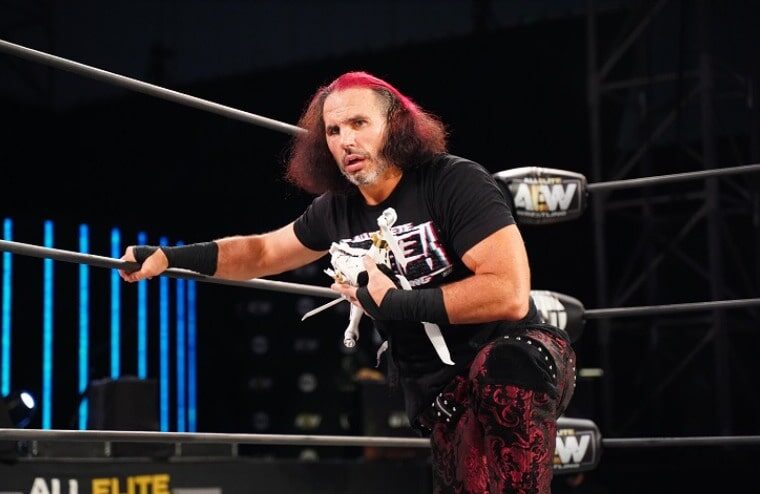 This past weekend the Hardys were meant to headline AAA’s Triplemania: Tijuana show against Dragon Lee and Dralistico. However, given that Jeff had been arrested earlier in the week and was dealing with his addiction issues, AAA would need to find a replacement. So ultimately, John Morrison would step in as Johnny Hardy, and while the match was well received, it has now been reported by Fightful Select that Matt, unfortunately, suffered a knee injury, with the severity presently unknown.

Matt Hardy also was banged up after his AAA TripleMania match. We’re told that he had some major swelling on his knee, but haven’t heard if there’s any update or about the severity.

Hopefully, Matt’s injury won’t require him to miss too much time, as AEW is currently coping with several big-name stars being injuries with CM Punk, Bryan Danielson, and Adam Cole all sidelined. Yet, with Jeff presently suspended without pay, Matt may be in a position to take time off and heal while his brother focuses on his sobriety. Potentially allowing both to return simultaneously when in good health.