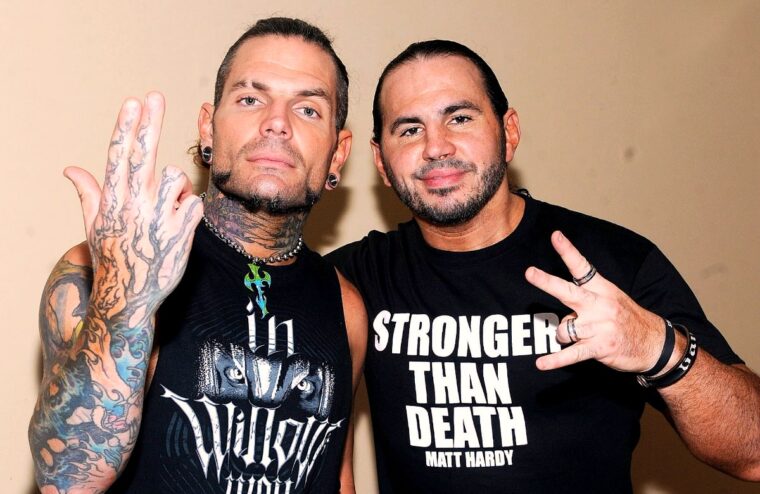 This past Saturday, Jeff Hardy would exit through the crowd during a WWE house show match, leaving his partners Drew McIntyre and Xavier Woods clearly confused. The news would later break that WWE had sent him home, and obviously, with Jeff having a past troubled by substance abuse issues, fans were concerned for the much-loved WWE star.

Now his brother Matt who had to leave Jeff behind when he signed with AEW in 2020, has provided an update during his Twitch stream. In this, he would acknowledge that it isn’t his place to tell the story behind what happened, but he would let fans know Jeff is doing okay.

I did speak to Jeff for a little bit today. He’s okay; he’s good. I think he’ll be fine. Once again, this isn’t my business. If he wants to go into it with more detail, he’ll do it himself. Jeff is okay. He is at home and okay. It’s not my business or story to tell or explain. Besides that, it’s not my story to tell because it’s not my perspective. I love my brother, and I want him to be okay and healthy.

While he has always been incredibly popular with fans, WWE was always reluctant to push Jeff Hardy at the very top of the card due to his reputation of being unreliable and the fear of incidents like this occurring. To say what he did was unprofessional is an understatement. However, it is hard to pass judgment until the full details come out. While it wouldn’t be surpassing if Hardy ends up released by WWE, the thought of him subsequently teaming again with Matt in AEW may not be something WWE wants to chance.