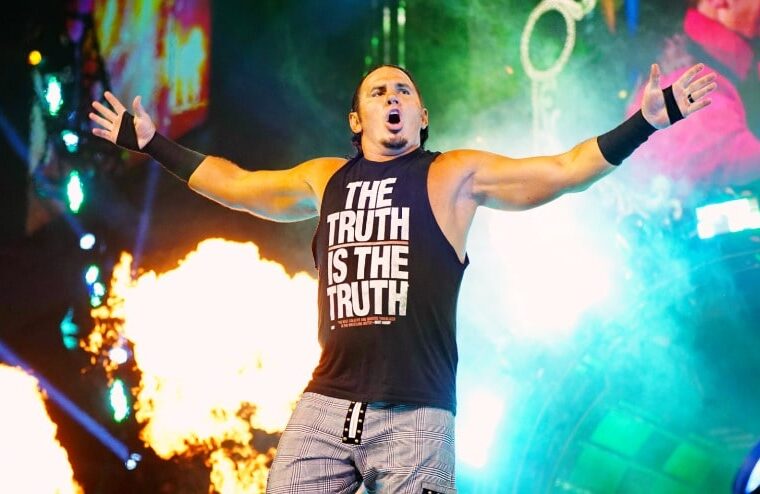 Despite making his name in WWE, Matt Hardy decided to turn down a new WWE contract to join AEW. Since then, things have been very positive; however, his feud with Sammy Guevera did feature one of his career-low points when he was hospitalized following a scary bump at All Out. Now while being interviewed on AEW’s Unrestricted podcast, he would acknowledge that the feud didn’t go as planned and explained the difference between WWE fans and those of AEW.

I realized after we did the thing with Sammy, I had stubbed my toe a couple of times in the program. The audience is being very hard on me, I see a thing here too, the demographic here in AEW is very different from a WWE. The demographic and the feedback I get from performing on AEW compared to WWE is very different.

It’s much younger; it’s much more trendy, cool pro wrestling fans. As opposed to WWE, you can tell the audience is older, and they are almost more welcoming of legends and veterans who have been around in the past. With AEW, it’s very tough. You have to go out and bust your ass like you’re 25 to 30 every night.

AEW is held to a much higher standard than WWE when it comes to in-ring product, and it was a brave decision for Hardy to switch promotions. However, the 47-year-old has this year alone shared the ring with the likes of Adam Page, Orange Cassidy, Jungle Boy, and Darby Allin, and at no point looked his age. While not the same performer as he was when he was having TLC matches or feuding with MVP or Edge, he can still deliver in the ring and doesn’t simply rely on his name like some others in his position would do.