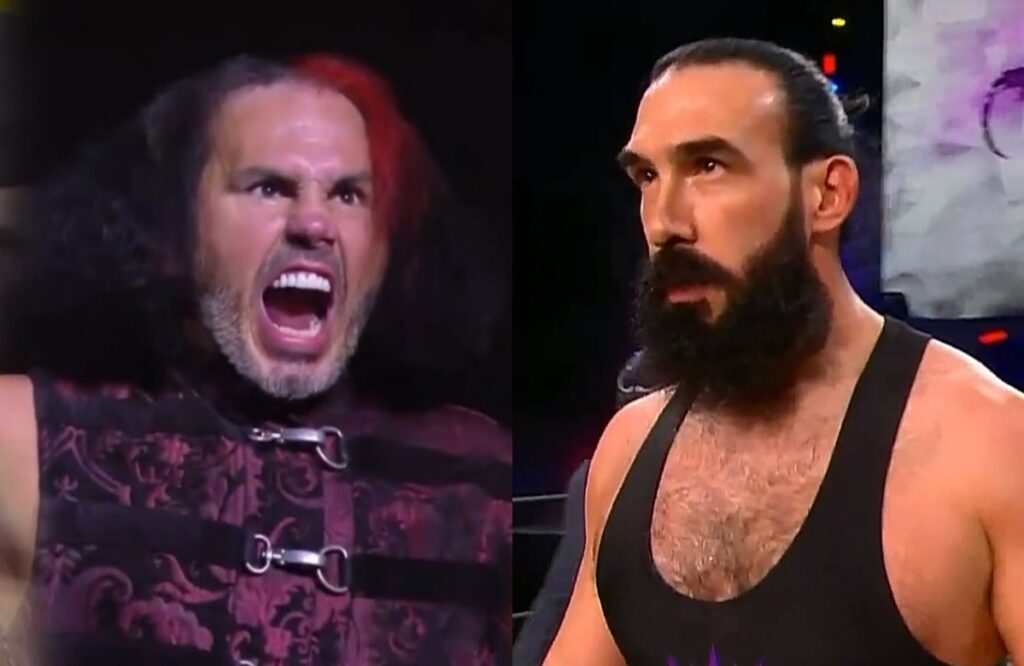 The first was Brodie Lee, previously known Luke Harper in WWE being unveiled as the Exalted One, the leader of the Dark Order.

Evil Uno and Stu Grayson were in the ring and confronted by Christopher Daniels, who claimed there was no Exalted One. Brodie Lee was then shown in a video as him, and along with the Dark Order, attacked Daniels and Kazarian. You can watch this segment below.

The other big news was the debut of Matt Hardy, who appeared in the empty stands at the end of the show when Chris Jericho and his Inner Circle were saying the Elite was a man down for the Blood & Guts double cage match as Nick Jackson is (storyline) injured.

The Vanguard 1 drone would land in the ring, and Matt Jackson said he had a friend that owed him a favor as “Broken” Matt Hardy was revealed. Again you can watch below.