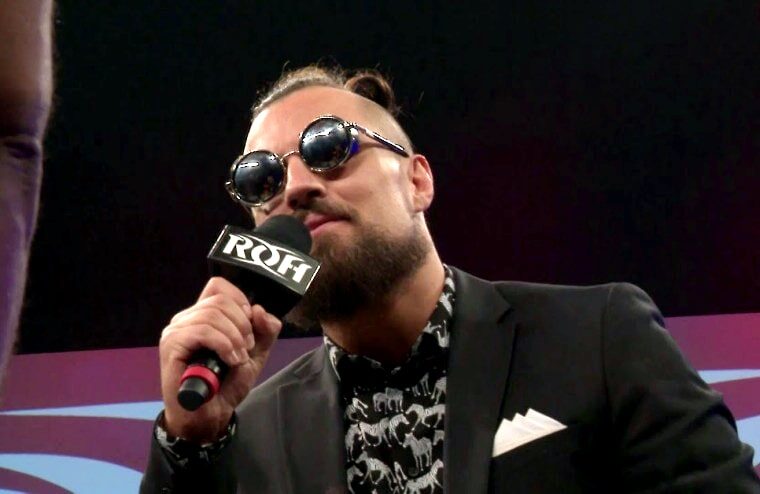 Following a serious accusation made against Marty Scurll, Sinclair Broadcasting, the owner of Ring of Honor, began investigating his alleged actions. The investigation commenced in June 2020, and in October 2020, his profile was removed from the ROH website. Then in January 2021, it was announced on social media that the promotion and Scrull had agreed to part ways. What the future held for Scurll was unclear, as while the allegations are shocking, he was not charged with a crime, so he remained free to continue working in wrestling if he could get booked.

Fanbyte has now followed up on speculation that Scurll was seen backstage at a recent NJPW Strong taping in Los Angeles by confirming he was there and involved in a post-match angle with Rocky Romero. Scurll has a history with New Japan, having wrestled for them between 2017 and 2019 and held their IWGP Junior Heavyweight Championship.

It isn’t known if Scurll has signed a deal with the Japanese promotion at this time but based on his reported involvement at the taping, it appears he is set to appear again. Fanbyte did reach out to New Japan for confirmation but hadn’t received a reply as of writing.