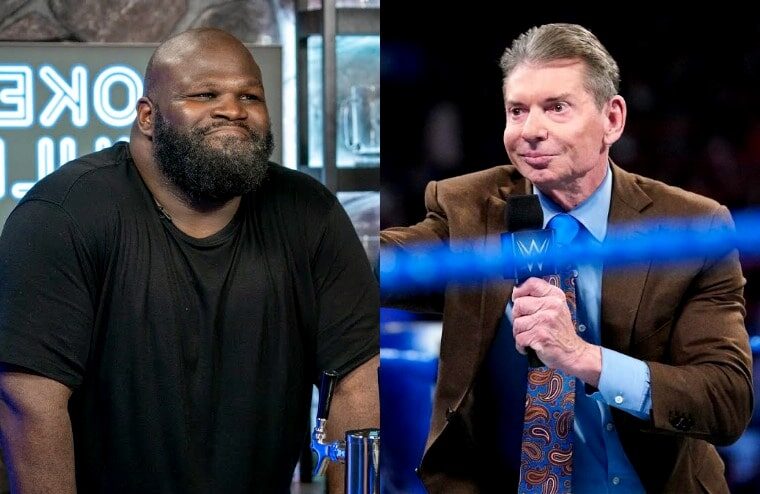 Tony Schiavone shocked fans worldwide when he introduced Mark Henry at Double or Nothing as an upcoming analyst for the AEW’s second TNT show named Rampage. The WWE Hall of Famer had been attached to the company since 1996 and looked to be a WWE lifer. However, the same was thought of Paul Wight, who also jumped to AEW recently.

Now the former Olympic weightlifter has shared on Busted Open the conversation he had with Vince McMahon before signing his multi-year deal with AEW. He would tell McMahon he felt someone below him was holding him back, and he wanted the opportunity to make more money.

It wasn’t negative. Vince and I have love for each other. More than love, respect. Me calling him and saying to him what needs to be said came from a place of a brother telling his older brother, “I’m tired of being in shadows. I feel like someone beneath you is holding me back. If someone is holding me back, I have to go.”

I feel like I was being held back and not getting what I want, and I want to be successful and earn more. Vince said, “You know everything you need to know. If you feel like you need to go, I don’t necessarily want it, but if you need to go, then go. I know you’ll be successful.” That’s what you want. I’m not going to run from a conversation like that. Nobody will say Mark Henry is unloyal. There were times I was offered more money and didn’t leave. Mark Henry

Henry’s previous singles match took place in February 2017 when he lost to Braun Strowman on Raw. Since then, he has wrestled in the Andre The Giant Memorial Battle Royal at WrestleMania 33 and the Greatest Royal Rumble match in 2018. While not ever officially retiring, it was thought his in-ring days were behind him. Yet last year, he revealed he wanted to compete again, saying his motivation was to catch Wight’s record of wrestling four decades.