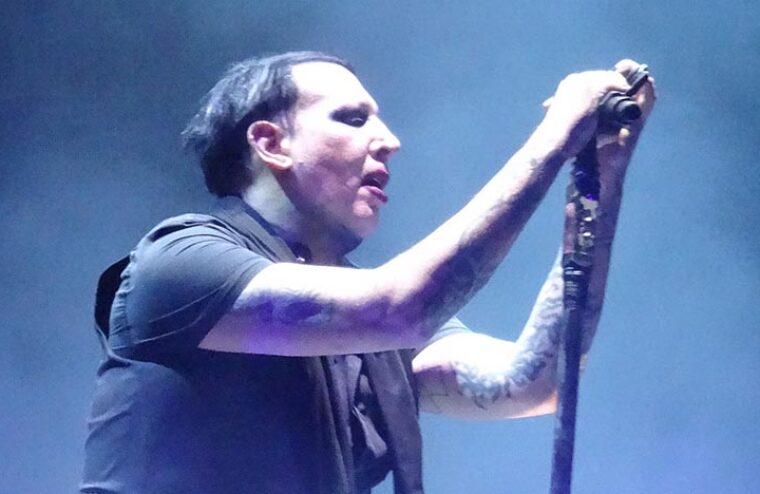 Shock rocker Marilyn Manson claims “his career is in the gutter” and that he is “receiving death threats to his life,” according to TMZ.

At least 15 women have accused him of assault, and three of his accusers including ex-girlfriend Ashley Morgan Smithline and “Game Of Thrones” actress Esmé Bianco, have filed lawsuits. Eight months ago, Manson filed suit against his ex-fiancee, actress Evan Rachel Wood  alleging that she and her girlfriend conspired to bring him down with a series of coerced sexual abuse allegations.

Wood alleged in the documentary “Phoenix Rising” that she was “coerced into a commercial sex act under false pretenses” while filming the 2007 music video for “Heart-Shaped Glasses” with her then-boyfriend Manson.

In new legal documents, Manson said that online death threats have made him feel “anxious, distraught, depressed, worried, frantic, and sleepless,” and he also worries for the safety of his second wife, Lindsay Usich.

Manson said his music is suffering, he is unable to tour, he can’t release his book, his painting have been “devalued” and his art shows have been “indefinitely postponed.” He also said that this “false portrayal” has cost him acting roles.

Previously, Manson posted on Instagram: “Obviously, my art and my life have long been magnets for controversy, but these recent claims about me are horrible distortions of reality. My intimate relationships have always been entirely consensual with like-minded partners. Regardless of how – and why – others are now choosing to misrepresent the past, that is the truth.”