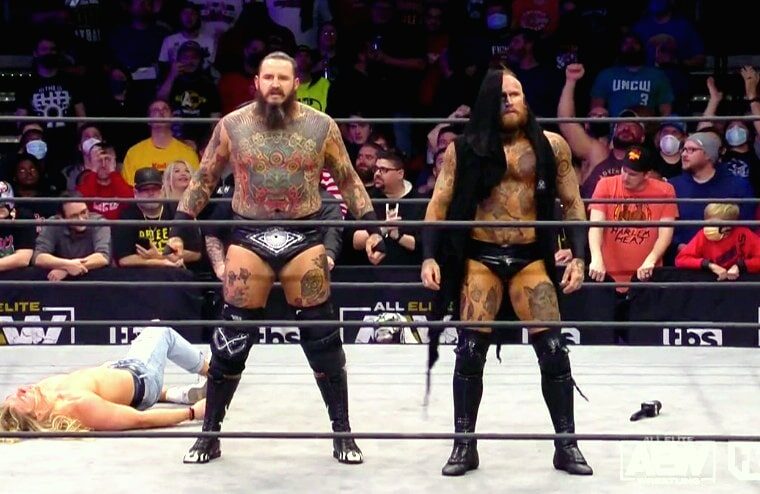 During Wednesday night’s episode of Dynamite, Malakai Black was on the receiving end of a three-on-one attack by Penta, Griff Garrison, and Brian Pillman Jr. Yet, rather than looking fearful, Black would begin ominously laughing as the lights went off. When they came back on, former ROH wrestler Brody King was in the ring, and together the pair would take out all three of the faces.

For those unaware, King and Black are tag team champions in Pro Wrestling Guerilla under the name Kings of the Black Throne, which is also the name the duo look set to use in AEW based on commentary. King had previously appeared in a vignette with Black where he had mist spat into his face. However, it wasn’t revealed to the audience at the time he was the man mystery man under a hood joining The House of Black.

The 34-year-old King began wrestling in 2015 and wrestled on the independents in California before working for MLW, Evolve, and PWG. Subsequently, he would sign for ROH in 2018, which led him to wrestle on New Japan shows. He’d then become a free agent once ROH announced their hiatus last year, and it’s understood AEW secured his signature during Thanksgiving weekend.