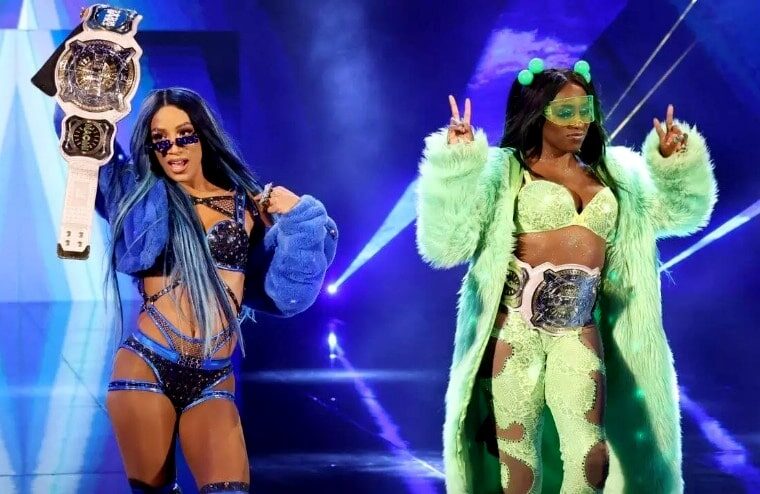 WWE suspended both Sasha Banks and Naomi after they walked out on the company due to being unhappy with their creative for the May 15th episode of Raw. And while there is likely much more to the situation than just feeling their tag team was underutilized, as neither has publicly commented on this yet, many questions remain unanswered. However, it has since been reported that Banks had actually gone as far as to request her release, with Wrestling Inc reporting it was granted, and she has since been accepting non-wrestling-related bookings.

Nevertheless, WWE hasn’t officially announced either woman’s departure, and following Triple H taking over talent relations, it has been rumored he wanted to smooth things over with the duo. Now, a report by WrestlingNews.co has claimed that The Game was successful, and they could be returning as soon as tonight’s Raw.

WrestlingNews.co is told that an agreement has been reached for Sasha Banks and Naomi to return to the company. There is a belief backstage that we may see them return on tonight’s show or in the near future under Triple H’s regime.

Triple H has already demonstrated his increased influence on the product following Vince McMahon’s retirement. As at SummerSlam, he implemented Bayley’s new faction constituting of Dakota Kai and Io Shirai, which McMahon had previously rejected. Yet, this will pale in comparison if he has managed to get both Banks and Naomi to resume their WWE careers while giving hope to many other former talents upset by McMahon’s business practices and booking psychology over the years.