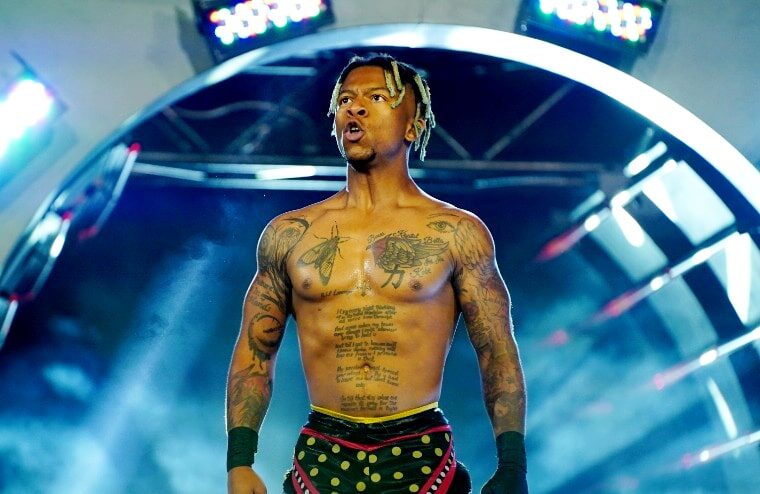 Since Triple H took control of WWE’s talent relations and creative, he has wasted no time bringing back several former talents he worked with previously, including Dakota Kai, Top Dolla, Karrion Kross, and Scarlett, with many others anticipated. And while not confirmed, fan speculation is now that Lio Rush could be among the next to return. This is because the former NXT Champion has tweeted an hourglass emoji and a photo of himself alongside Bobby Lashley, who he previously managed and acted as a hype man for on Raw.

WWE released 27-year-old Rush as part of the company’s mass cuts in April 2020. And at the time, he did contemplate quitting the business to focus on music, going as far as to wrestle a retirement match against Joey Janela. Yet, he returned a few months later, competing for MLW, GCW, New Japan, and even wrestled as a Spider-Man-inspired character called Aracno at AAA. However, most notably, he would debut for AEW before again announcing his intention to retire, only to later announce he’d signed with New Japan.

Subsequently, he’d also sign with AEW and looked set for a big push but ended up only competing for a handful of times before tweeting his contract was expiring not long after publicly criticizing Tony Khan on social media. Sadly though for him, he’s been sidelined for the past seven months while a free agent due to being injured wrestling Buddy Matthews at PWG’s Battle of Los Angeles. Now though, if his tweets are to be taken at face value, he is ready to resume his in-ring career, which could be for WWE.