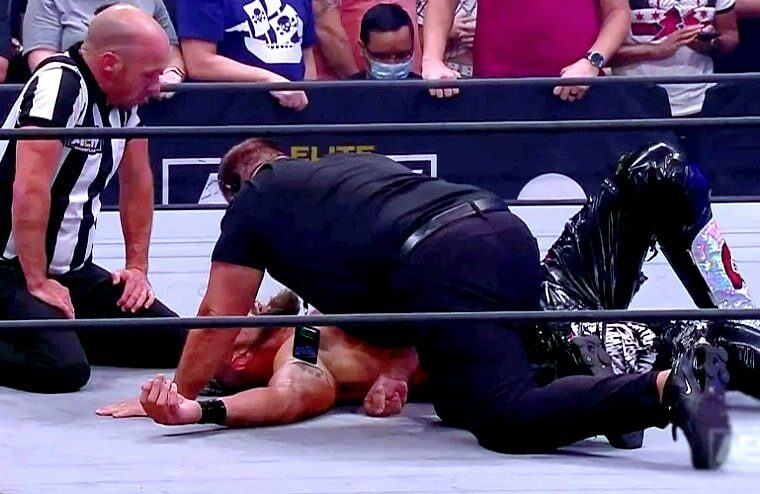 During Saturday night’s Dynamite, Lance Archer would wrestle Eddie Kingston in the first round of the AEW World Championship Eliminator Tournament. The duo would put be putting on an exciting hard-hitting match. However, things went wrong when Archer would end up under rotating on a moonsault and landed on his head. Clearly hurt and dazed, he would roll out of the ring and was checked out by AEW’d doctor. Presumably, after getting confirmation that he could finish the contest, he slowly re-entered the ring to be rolled up and pinned by Kingston, reminiscent of Owen Hart pinning Steve Austin at SummerSlam SummerSlam 1997.

This was a scary moment, but thankfully it was soon reported by fans in attendance who were on social media that Archer was able to walk to the back. Then later in the evening, Archer would take to social media himself and thanked AEW for looking after him and that he’d be back.

Seemingly by stating he’ll be back indicated he is set to miss some time. Still, thankfully it appears the injury isn’t as serious as it could have been. As Archer said, he has performed the moves hundreds of times without incident, so it just goes to show how mishaps can happen at any time and even to the most experienced professionals.