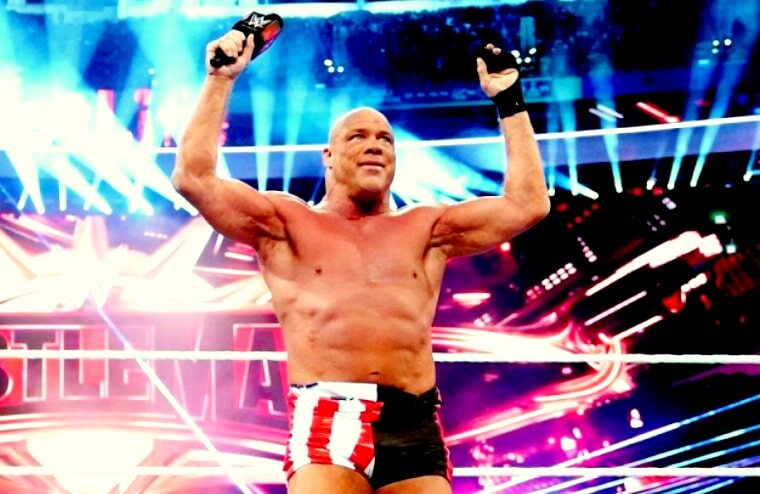 WWE Hall of Famer Kurt Angle destroyed his body throughout his wrestling career. And while it’s known his neck suffered severe damage over the years, Angle has now shared on social media that he has undergone double knee replacement surgery. Typically the recovery time for this type of surgery is 3-4 months, so Angle has a long road ahead of him which he acknowledges in the below video.

Angle isn’t currently working for any wrestling promotion. However, he did film content for WWE over the weekend of the Royal Rumble. Following this Angle would reveal he’d agreed to return for a short time, with it speculated it was to work with the Alpha Academy pairing of Chad Gable and Otis. Although, those plans were later canceled, and he now focuses his time on his podcast and other business ventures.