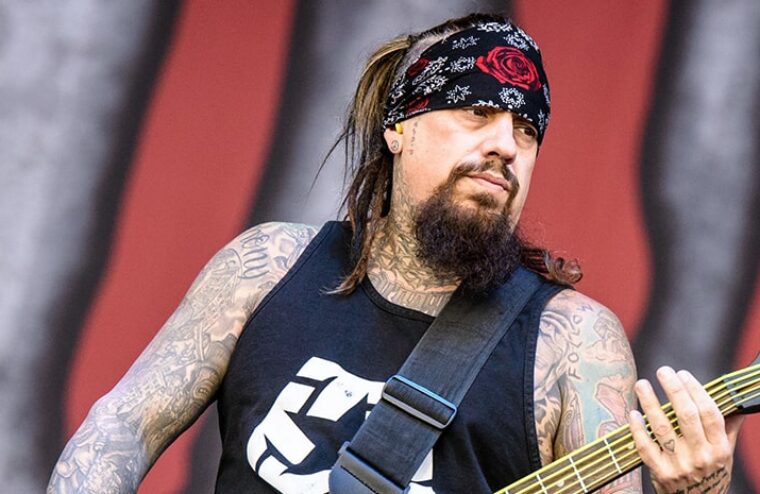 Earlier this year, Korn guitarist Brian “Head” Welch told Spotlight Report that bassist Fieldy was “taking a little time to be with his family. He is a great dad. He has so many kids. He has adult kids, teenagers and young kids. He is just taking time, and we are giving him the time. We want everyone to be healthy and happy. I guess we will go and tour this record,” Head continued, referencing Korn’s recently released album “Requiem”. “I don’t know a lot more other than that. We love him very much and we hope to communicate with him during the year at some stage, to see where everyone is at.”

Welch shared an update on Fieldy with Kerrang! Radio. Fieldy said last June that he was sitting out Korn’s tour so he could “heal” after “falling back” on “bad habits.” “We’ve been in contact with him,” Welch said. “I just e-mailed him the other day. So we’re gonna get together and talk to him, see how he’s doing, see where his head is at, after this tour. Me and Munk [guitarist James ‘Munky’ Shaffer] were just talking about it. We love him, we’ve been in communication with him, and we’ll see.”

Korn drummer Ray Luzier recently told MoreCore that the band misses him. “He’s our brother. We love him. We support him 110 percent,” he said. “Bands are like marriages. Sometimes you need to step away a little bit to look at the picture and see what’s going on with your individual life, and I think that’s where we’re all at now with Reggie. He’s such a great dude and he’s one of my best buds, so we support him in everything he does. No one has a crystal ball — I don’t know what’s gonna happen in the future — but we definitely miss him out here.”

Singer Jonathan Davis said: “I love him; he’s my brother. But I watched somebody I care about die and I’m not going to f*cking do that again. I refuse to. I will feel guilt for the rest of my f*cking life because of that. I tried my hardest but perhaps if I’d been a little bit tougher there’d have been a different outcome. I pray that he can figure it out and get better and come back and be a huge part of this band again.”

Korn has been joined by Suicidal Tendencies bassist Roberto Diaz on tour.