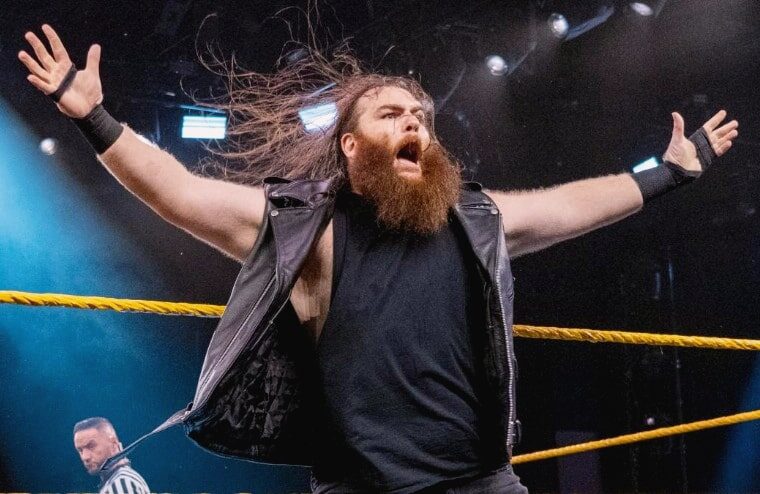 Killian Dain was let go by WWE on June 25, 2021, having been with the promotion for five years. At the time, he was part of the NXT roster, and the decision was somewhat of a shock due to him having the size liked by WWE. Due to having had his contract renegotiated when he was part of SmackDown with Sanity, he had a 90-day non-compete clause, unlike most NXT talents. However, once he was free of WWE, he couldn’t wrestle due to being from Northern Ireland and needing a work visa. This issue appears to have been resolved, though, as he has announced he is taking US bookings and showed off a brand new look in the process.

While Dain hasn’t been able to wrestle in the US recently, he hasn’t been wasting any time returning to the ring and was recently in the United Kingdom wrestling on shows under his former name Big Damo. During that time, he’d perform for two of the country’s biggest promotions RevPro and Insane Championship Wrestling, where he wrestled before signing with WWE. So now fans will eagerly await finding out where he turns up Stateside next.