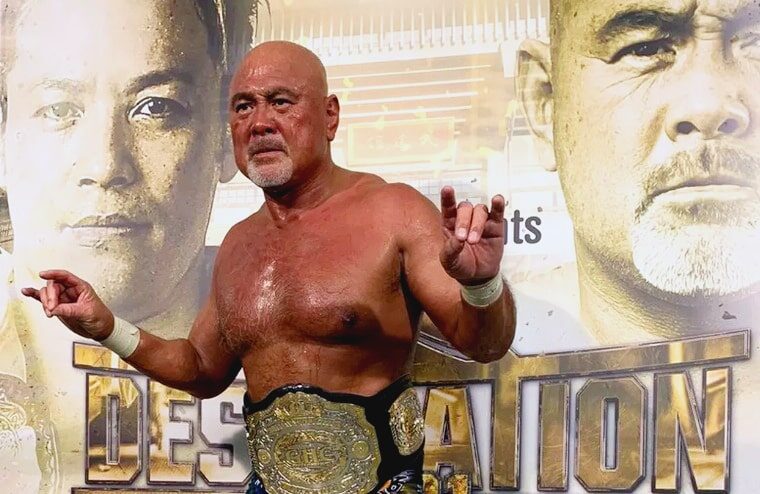 58-year-old Keiji Mutoh has defeated Go Shiozaki to become the Global Honored Crown Heavyweight Champion, one of the top titles in Japanese wrestling. The match took place at NOAH’s Destination 2021 show at Budokan Hall, and Mutoh’s victory ended Shiozaki’s 406-day run as champion. You can watch the conclusion to the match below.

While the GHC title is not considered as prestigious as his other world championships, during the early 2000s, the promotion was considered one of the biggest and best in Japan. The wrestling was of the highest quality, and readers of the Wrestling Observer Newsletter voted two of their matches (2003 and 2004) as Match of the Year. Sadly the promotion declined massively in popularity following the loss of their television deal, the death of founder Mitsuharu Misawa’s in the ring, and ties to the Yakuza being revealed. Now though, the company is beginning to thrive again after being acquired by CyberAgent, who also owns DDT Pro Wrestling and wants to make them more prominent than New Japan.