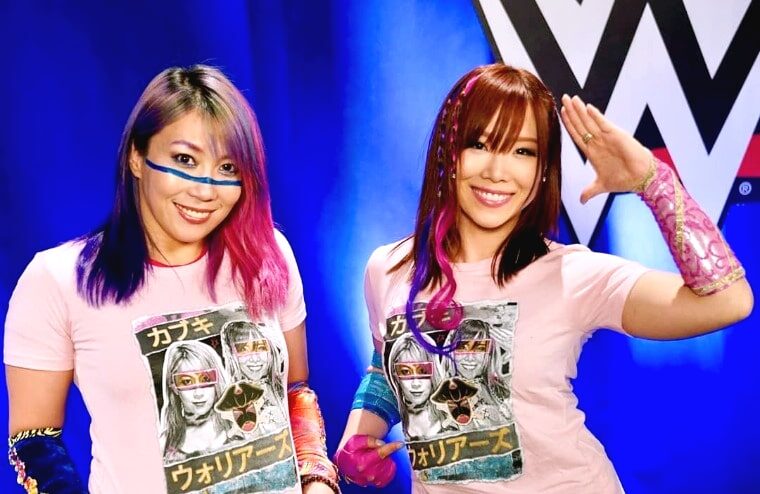 Kairi Sane was written off WWE television in 2020 so she could return to Japan to be with her husband. Initially, it seemed she remained on good terms with the company because she became a WWE ambassador and appeared as part of their Japanese-language commentary team. However, it’s believed the relationship soured when they declined her permission to wrestle for Stardom.

Since then, things have been quiet regarding her future, although recently, she posted a cryptic tweet with an hourglass with sand flowing through it. Now it appears her time with WWE has officially ended as she has removed WWE from her Instagram handle and also describes herself as a former WWE Superstar in her bio.

Sane had been with WWE since 2017, where she received a massive push by winning the Mae Young Classic that same year by defeating Tessa Blanchard, Bianca Belair, Dakota Kai, Toni Storm, and Shayna Baszler. She’d go on to have a 71-day reign as NXT Women’s Champion in 2018, and on the main roster, she was one half of the WWE Women’s Tag Team Champions with Asuka for 180 days.

What the future holds for Sane remains to be seen. Although if she is indeed a free agent, it would seem just a matter of time before she returns to Stardom, where she made her name between 2011 and 2017. This could also potentially open the door for her to work for AEW in the future as Stardom is the sister company of New Japan that frequently works with Tony Khan’s promotion.