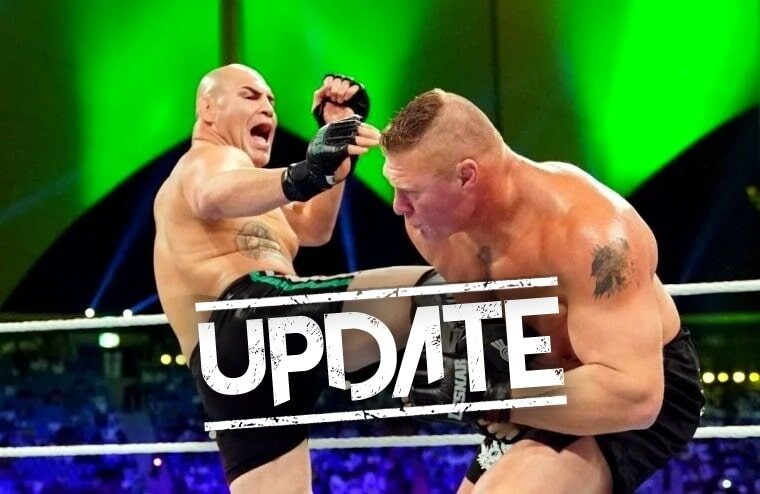 Former UFC fighter and WWE wrestler Cain Velasquez was apprehended on February 28th after shooting the stepfather of a man accused of performing an obscene act on his son. To get revenge, Velasquez is said to have followed and rammed the car carrying the accused before shooting at him, his stepfather, and his mother. Subsequently, he was held without bail, although two weeks ago, he was released on a $1 million bond following a hearing that lasted two days. He is, though, required to wear a GPS tracker and is prohibited from contacting the victims.

Now, in the news that surprised many fans, Velasquez is seemingly trying to continue to live his life as normally as possible and provide for his family, as his legal representatives requested permission for him to wrestle on AAA’s December 3rd show in Arizona. And it’s been confirmed that the judge has approved this, although he will have to pay for a police officer to attend with him. However, he won’t need to wear his GPS tracking device from December 1st through the 4th and is permitted to fly.

Velasquez wowed lucha lkibre fans when he initially debuted for AAA at Triplemanía XXVII on August 3rd, 2019. Although instead of signing a long-term agreement with them, he would opt to join WWE as they wanted to have him face wrestle Brock Lesnar, whom he famously defeated inside the Octagon. Unfortunately, though, the heavyweight fighter looked lacking in the match due to a knee injury and was squashed by Lesnar quickly.

Then after a single houseshow appearance in Mexico, he was released while training at the Performance Center due to budget cuts. Yet, AAA didn’t hold his WWE signing against him, as he returned for their Triplemanía Regia 2021 event, teaming with Psycho Clown and Pagano against LA Park and Los Mercenarios last December.