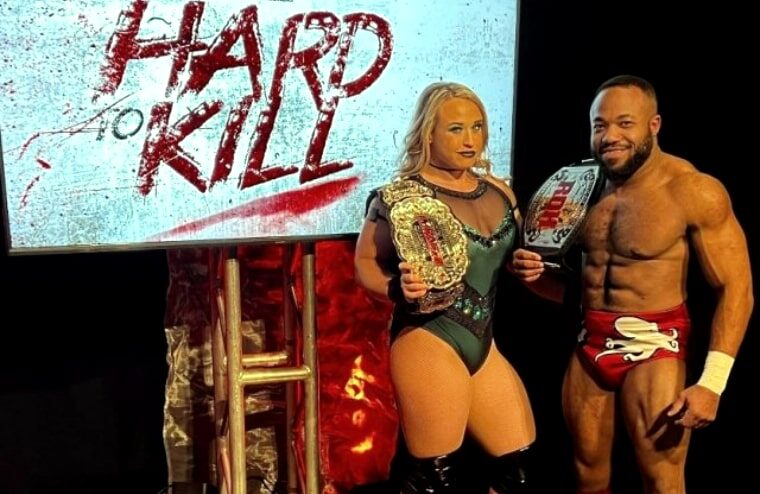 Last weekend, then ROH Champion Jonathan Gresham dropped the title to former WWE star Claudio Castagnoli. With it subsequently reported that he “cussed out” Khan during a conversation before the match. Apparently, Gresham was unhappy at how he was being booked and felt there had been a lack of communication. Furthermore, it would later come out that while talking to Khan, he tried to use his PWI 500 ranking to prove he should be pushed more, which resulted in ridicule from a section of fans.

However, his wife, Jordynne Grace of Impact Wrestling, has since taken to Twitter and is seemingly trying to dispute these claims. Claiming that 95% of what is reported by wrestling media is “exaggerated, completely made up, or taken out of context.” Yet, she wouldn’t directly comment on her husband’s situation, instead opting to be vague and offer no additional insight.

As neither Khan nor Gresham has publicly commented on the reports, it’s impossible to verify the validity of the claims. Nevertheless, the fact that Gresham deactivated his Twitter account after his match indicates something transpired. Hopefully, though, the details will eventually come out, as Gresham has been made to look both unprofessional and foolish and should put the record straight if that isn’t the case.