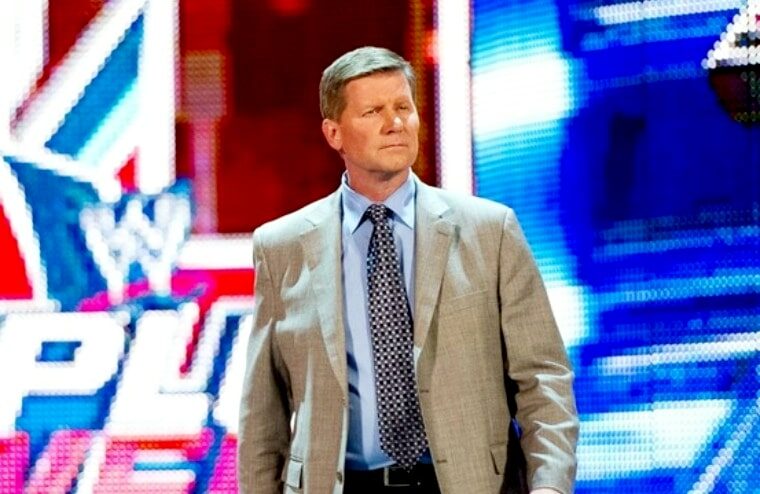 Last week the Wall Street Journal reported that the WWE’s board was investigating Vince McMahon following hush money payments to a now former employee. Additionally, John Laurinaitis would be named as being aware and also involved with the women. Subsequently, it was announced McMahon had temporarily stepped down as WWE’s CEO and Chairman, being replaced by his daughter Stephanie. Yet, there was no update regarding Laurinaitis’ standing with the company.

Now though, PWInsider.com has reported that a memo was distributed on Monday evening to talent, making them aware that Laurinaitis has been placed on administrative leave. With it confirmed going forward, Bruce Prichard, currently Executive Director of SmackDown and Raw, is picking up his role as Head of Talent Relations.

WWE issued a memo to talent this evening following Raw announcing that Bruce Prichard is the Interim Head of Talent Relations going forward, PWInsider.com has learned. WWE also informed talents that “pending the conclusion of our Board of Directors’ internal investigation” John Laurinaitis (who has not been on the road since the investigation was publicly revealed) has been placed on “administrative leave.” The memo promised Prichard would provide a “seamless transition.”

59-year-old Laurinaitis started wrestling in 1986 under the name Johnny Ace, and while he never achieved anywhere near the success of his brother Animal of The Road Warriors, he did become a star in Japan. He did this as part of All Japan, notably winning championship gold with Kenta Kobashi, “Dr. Death,” Steve Williams, and Bart Gunn. Nevertheless, possibly the most influence he had on the business as a wrestler came from being the inventor of the Ace Crusher, a move later made famous by both Diamond Dallas Page (Diamond Cutter) and Randy Orton (RKO).

Following his in-ring retirement in 2000, Laurinaitis worked for WCW in a backstage capacity and was involved in booking, which led him to work for WWE when Vince McMahon purchased the company. Soon after joining WWE, he was named director of talent relations, and in 2009 he was made an executive vice president. Then in 2011, he was made an on-air authority figure, feuding with both CM Punk and John Cena. After this, however, he would seemingly be demoted, simply working as a road agent until becoming Head of Talent Relations in 2021.