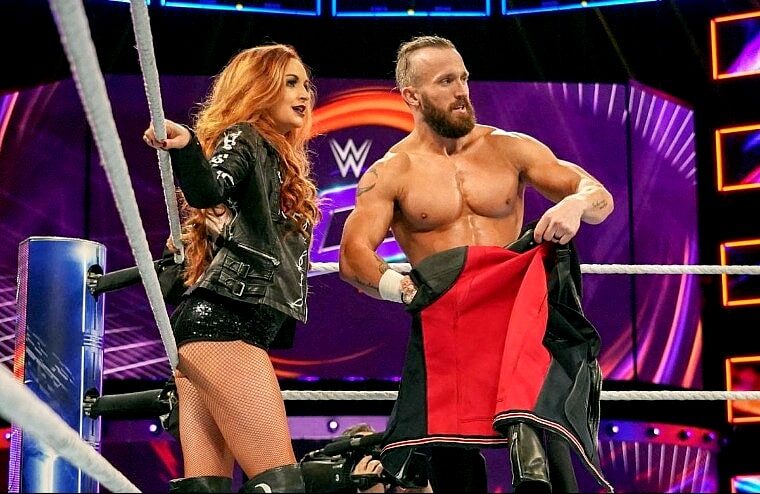 On the latest episode of his Grilling JR podcast, AEW commentator Jim Ross had a Raw Roulette Watchalong. During this discussed former WWE talent Maria Kanellis. She started in the business as part of the 2004 Diva Search and would go on to win a Slammy Award for Diva of the Year in 2009 after a fan vote. However, she was released in 2010, and there were numerous conspiracy theories as to why. Her second run in WWE started in 2017 but didn’t go to plan, and she was part of the mass roster cuts WWE made in April 2020, along with her husband, Mike Bennett. Despite her lack of success the second time around, Good ol’ JR says he would love for her to join him in AEW.

I tell you what, how great a television character is Maria? I think she’s one of the best. I would love for her to be someday in AEW. Just so many good things she can do, great look, good mom, solid, seems to be very happily married to Mike Bennett, which is always great.

She has a fabulous look, maybe the best facials of any female around today. For a woman that’s recently had two children, she looks pretty damn good, to be polite, if I say so myself.Jim Ross

Maria is currently associated with Ring of Honor and working on an online project called “The Experience,” and her husband Mike returned to ROH television in December and competed in ROH Final Battle 2020 teaming with Matt Taven. Their contract status with the promotion hasn’t been made public, so it isn’t known if either would be available to join AEW.