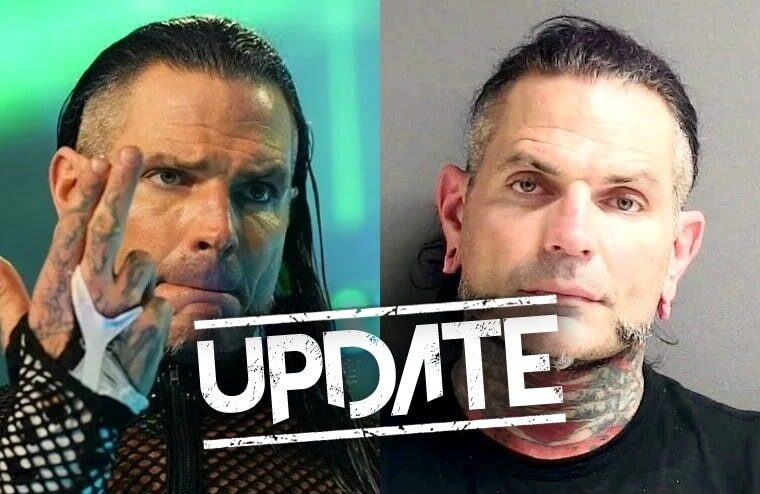 Three weeks ago, Jeff Hardy was arrested for DUI with it understood he was initially pulled over by the police due to swerving on the road. Arresting officers would say in their report they smelt alcohol on the wrestler and described him as “in a stupor and confused.” A breathalyzer test would follow, and Hardy was found to be 3.7 times the legal limit, with blood-alcohol levels being 0.294 and 0.291. Nevertheless, it has been revealed by PWInsider.com that on June 28th, Hardy pleaded not guilty to all charges.

PWInsider.com has acquired a copy of Jeff Hardy’s written notification that he was pleading not guilty to the DUI-related charges he was arrested for on 6/13 in Florida. The not guilty plea was submitted on 6/28.

The filing also noted, “Defendant, Jeffrey Nero Hardy, pursuant to rules 3.160(a), Florida Rules of Criminal Procedure, waives arraignment by filing this written plea of not guilty. Albritton v. White, 948 So. 2d 852, 854 (Fla. 2d DCA 2007). Defendant further waives the right to be present at all pretrial conferences” so it would appear the scheduled 7/5 arraignment hearing would not take place as initially scheduled.

Since the news was revealed, many fans have expressed their shock that Hardy has pleaded not guilty, given the reported evidence against him. Especially considering the released dashboard footage of him appearing intoxicated. It should, though, be noted that had Hardy pleaded guilty, he’d have likely lost his lawyer’s ability to negotiate to get some charges dropped or reduced.

At present, it is understood that Hardy is receiving treatment and doing better, with AEW supporting him. Although Tony Khan has stated during a media call that this is the former WWE star’s last chance with AEW. With the AEW head honcho saying he viewed the situation between Jon Moxley’s alcohol addiction and Hardy’s drunk driving to be completely different, which is why Hardy was suspended without pay.