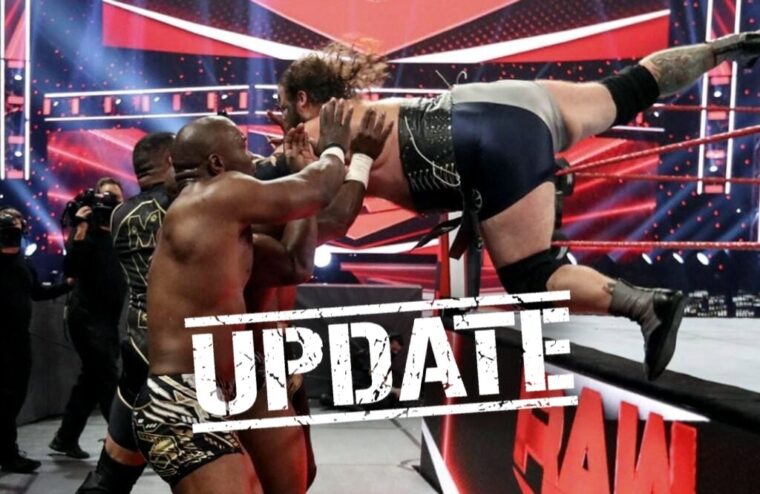 On last week’s Raw episode, Ivar of The Viking Raiders suffered a neck injury when he dived onto the Hurt Business. As you can see in the fan-recorded video below, he gave the X symbol showing he was legitimately hurt.

WWE would update fans on his condition on WWE.com social media, saying that he would be OK following a hospital visit, but it has now been confirmed he will need to undergo neck surgery. The procedure is scheduled for Tuesday and will take place in Birmingham, Alabama. Depending on the type of surgery, recovery times can vary for a wrestler anywhere between two months to a year.

This news is also bad for his tag partner Erik, as WWE is well known for keeping the other half of a team off the television while the other recovers. This recently happened with AOP and was also the case with The Uso’s until it was decided to bring Jey Uso back to help establish Roman Reigns as a heel.