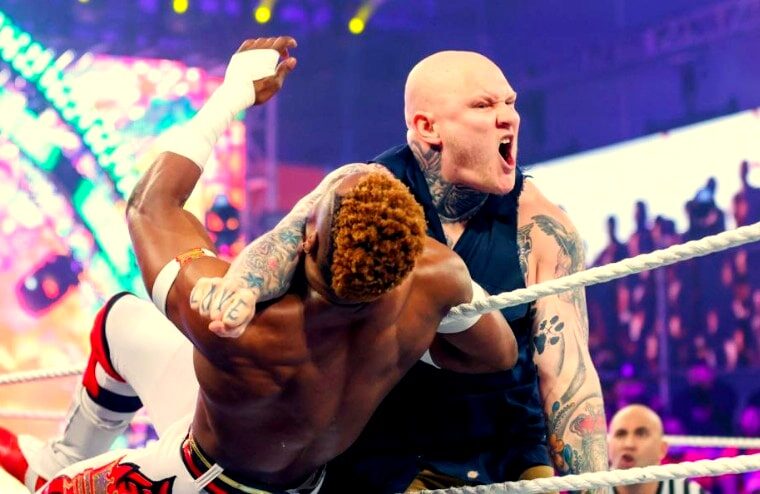 Parker Boudreaux, who wrestled in NXT as Harland, was revealed as signing with WWE on the same day as Bron Breakker in 2021. Yet while Breakker would establish himself as a future star upon his NXT debut, Boudreaux has already been released despite comparisons being made between himself and Brock Lesnar. Now, during the latest issue of the Wrestling Observer Newsletter, it has been reported that he had been hand-picked by Edge to join his Judgment Day faction. Still, WWE found “something out” about the former football player, and with him getting hurt too easily and not improving fast enough, he was let go.

As it turns out, even though he did not get great recommendations from people in NXT, Parker Boudreaux aka Harland had been hand picked by Edge to be the fourth person in The Judgement Day. Ringside News reported it and we were told very few and he was one of the few who knew. They even kept it from Boudreaux, but it is accurate. The only thing we were told as to why it didn’t happen is that the company found something out about Boudreaux and made the decision based on that. The other reason is because of the feeling in NXT that he had stopped improving and he got a tag of getting hurt too much early on.Wrestling Observer Newsletter

Boudreaux only wrestled six matches during his time with WWE but was an incredible athlete and certainly had the look Vince McMahon loves, so whatever WWE found out must have been significant, such as a pre-existing injury. It will now be fascinating to see whether Boudreaux continues to pursue pro wrestling outside of the WWE system by competing on independent shows or instead looks at other career opportunities. Nevertheless, considering Edge saw him as someone worth working with, the story of Harland will subsequently go down as one of wrestling’s great what-ifs.