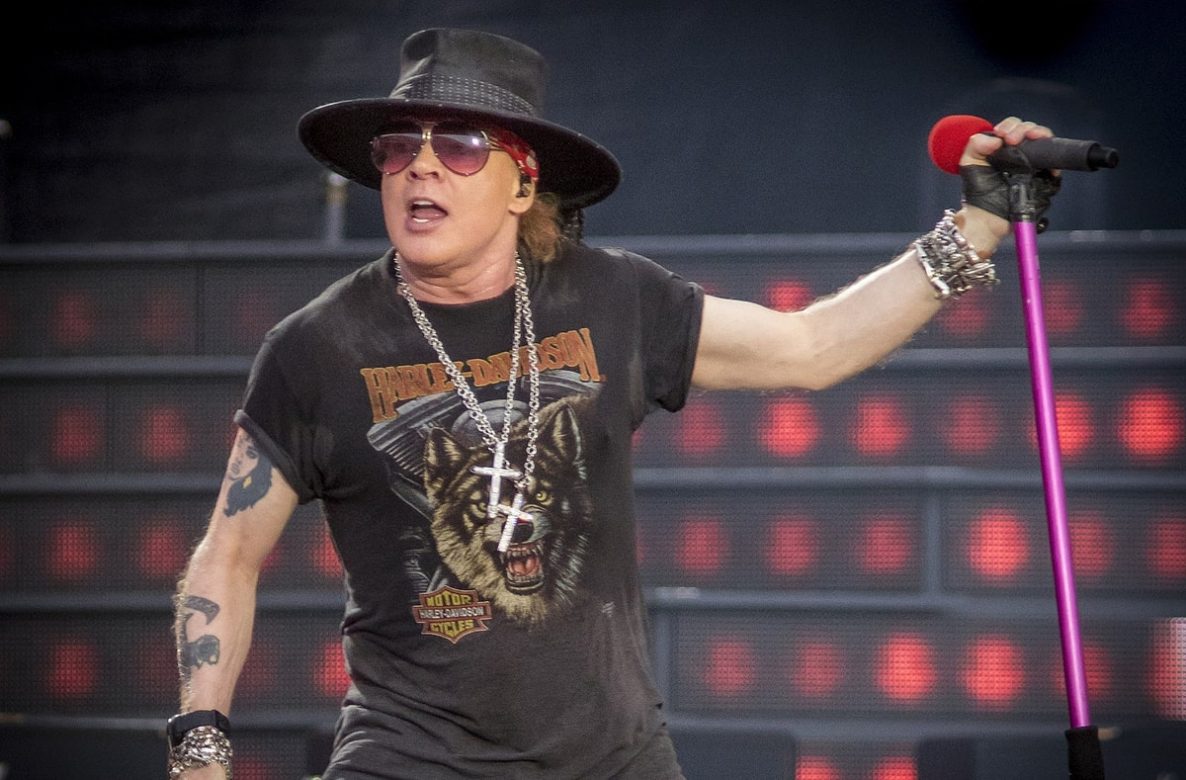 Rick Dunsford, who named his son Axl after the band’s lead singer, has the band’s members autographs tattooed on his body and seen the group 32 times has been banned from attending future concerts.

The superfan was turned away on October 7th by security at the bands Wichita show. He then received an email from the band’s legal team he was officially banned.

The reason for the ban is Dunsford came across a storage locker rented by a former Geffen A&R rep that was no longer making the payments, and the contents were being auctioned. Along with some other fans, he purchased 19 CDs of unreleased Guns N’ Roses music from Chinese Democracy sessions recorded between 1999 and 2001 for $15,000.

The band’s representatives would later find out and contacted him asking for the CD’s back and offered to repay him, but later rescinded the offer.

Now that the contents of the CD’s have been leaked, the band is blaming Dunsford, who vehemently denies he was the source. He suggests the seller he purchased from was selling copies to other people, and it must be one of them. Guns N’ Roses don’t seem to believe him, and the ban stands.