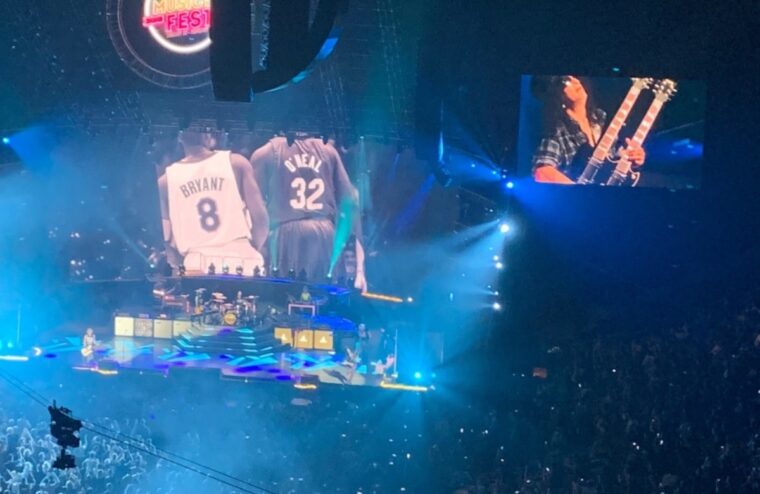 The other night, coming home from rehearsal, I was, like, ‘Is it just me or is that really weird?’ It was this fog bank, like a thunder cloud over the trees. It was really white with a slight pink and this light coming off the ground. It was really weird. It looks formidable. By morning, apparently, it was much worse. That’s what [Kobe Bryant’s] helicopter flew through. It was pretty scary. I want to dedicate this to Kobe and his daughter and everyone on the flight and everyone in the families and everyone impacted by this terrible event.”Axl Rose

While they performed the track, the screen began to cycle through a slideshow of photos of Kobe and his family which you can see on the fan-filmed footage below.