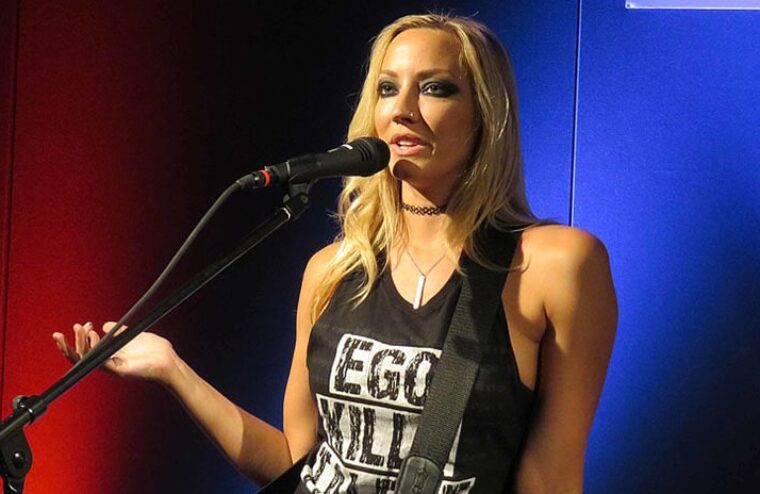 Guitarist Nita Strauss has revealed details regarding the forthcoming Alice Cooper record. The legendary shock rocker and Rock and Roll Hall of Famer as well as his band have been working on the follow-up to last year’s “Detroit Stories” album. “We were in Nashville working on it,” she said to WRIF Detroit. “The band and I sat down and recorded quite a bit of music for this upcoming record. The band did also have a huge part in the writing this time, which is the first time that’s happened in the eight years that I’ve been in the band. So it was really, really fun — really exciting for us to get to work with a legend like (producer) Bob Ezrin. It was a huge, huge honor to be in the studio with him and Alice creating what we hope will be some more Alice Cooper music to just add to his legacy.“

Strauss said that she was excited to take part in her first studio album with Cooper. “I’m on the live DVD. I’m on the live album releases, the live tracks that are bonus tracks and stuff, but it’s my first studio album with Alice. I’m actually the only person in the (current lineup of Alice’s) band that hasn’t recorded anything with Alice before, so this is huge for me. (I’m) very, very honored.”

Strauss also added that she wasn’t sure about a possible release date for the record. “I don’t have that information,” she said. “I can tell you a lot about my (upcoming solo) record, but when it comes to Alice, I’m a hired musician, just like the rest of ’em. Right now we are still touring on ‘Detroit Stories’, which just came out last year. So I don’t know that it’ll necessarily be immediately that we’ll see the next one. But please don’t take my word for it. It’s not my band. I don’t wanna speak out of turn. But I know we are gonna be touring on ‘Detroit Stories’ a lot this year.“

Cooper had previously stated that he wanted to record his next album with his current road lineup. “I brought up the idea because my stage band is so tight,” Cooper said. “They’re so tight that they can play anything. And I said, ‘Well, then why don’t we write the songs on the road about the road? Let’s write the songs about what happens on the road.’ Or just it could be funny, it could be tragic, it could be whatever. I said, ‘But let’s make this album rock, like you guys do. And I’d love to play it live during soundchecks.’ Instead of playing ‘Eighteen’ or ‘School’s Out’ or doing a soundcheck every day, I said, ‘Let’s rehearse these songs.’ And then, at one point, somewhere on the road when we have two days off, we’ll set up the next gig and record them all — record them live in a venue.’ And I said, ‘That would be unique. Nobody’s ever done that. So let’s do something nobody’s ever done.'”