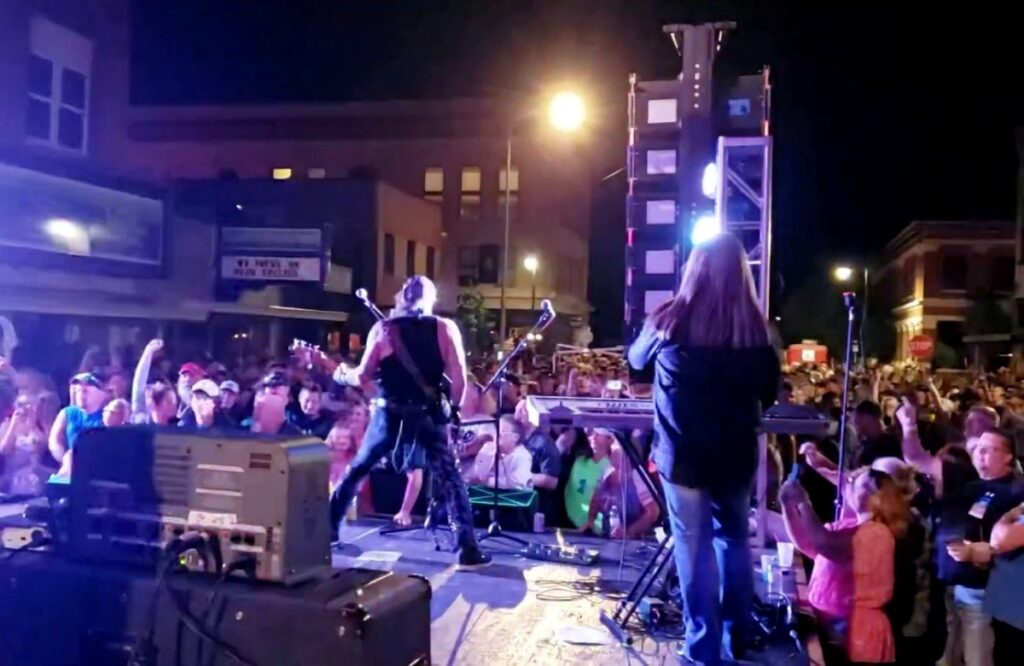 This past Thursday, hair-metal band Great White performed in Dickinson, North Dakota, as part of “First On First: Dickinson Summer Nights” in front of hundreds of fans. Over the weekend, it became known that these fans weren’t required to socially distance or even wear masks.

The band has now issued a remorseful statement through their publicist, noting that while North Dakota recommends facemasks, the concert’s promoters not themselves weren’t in a position to enforce it.

We understand that there are some people who are upset that we performed this show, during this trying time. We assure you that we worked with the Promoter. North Dakota’s government recommends masks be worn, however, we are not in a position to enforce the laws.

We have had the luxury of hindsight and we would like to apologize to those who disagree with our decision to fulfill our contractual agreement.

The Promoter and staff were nothing but professional and assured us of the safety precautions. Our intent was simply to perform our gig, outside, in a welcoming, small town. We value the health and safety of each and every one of our fans, as well as our American and global community. We are far from perfect.Great White

Former Great White singer and co-founder Jack Russell was quick to distance himself from the controversy. Issuing his own statement on YouTube, he made it clear he has not performed with Great White or with his former band members in 11 years. Instead, his band is known as Jack Russell’s Great White.”

This is not the first time the Great White has made news as back in 2003, they were involved in a fire at The Station nightclub where 100 people, including guitarist Ty Longley, tragically died. The cause of the fire was pyrotechnics that ignited the ceiling.