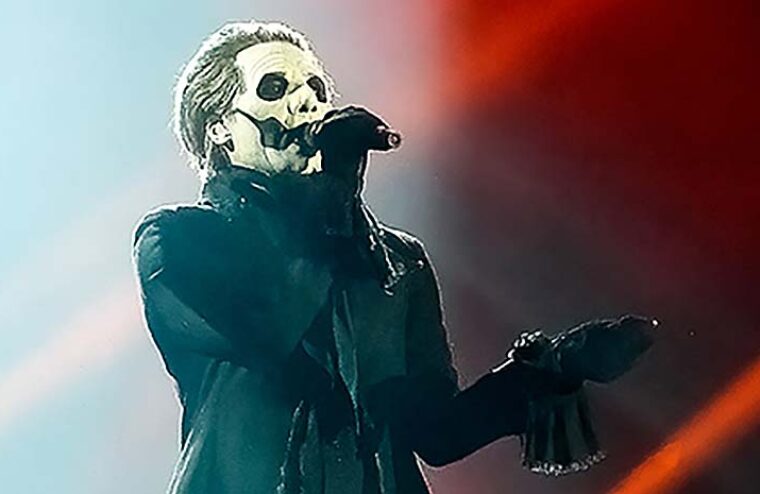 Swedish rockers Ghost released a new album, “Impera,” earlier this year, and the band is currently wrapping up a U.S. leg in support of it. Singer Tobias Forge also recently spoke with “Elliot In The Morning” about how he feels about online haters and if it makes him angry to see critical comments of the band. “No, definitely not angry,” he said. “That is not my problem, really. I don’t have a problem with people having a problem with it.”

“If I wanna be the most super-positive person ever and just see everything from a half-full perspective, it’s, like, a lot of… Most things today [are] measured by activity — Spotify activity, online activity, whatever — as opposed to 30 years ago when it was sales; one record sold was one unit and that was counted,” he continued. “But nowadays everything is about content and activity. “One thing that people — especially those who aren’t really chatting about how good they think we are but how bad they think we are, that adds to the activity. So it’s actually a good thing. [Laughs] So keep on talking. It’s all good. It’s all fun.”

In a new interview with “Talkin’ Rock with Meltown,” Forge defended Spotify for helping the music industry, which is in contrast to many artists who have issues with the amount of money paid per stream.

“Spotify, and some similar services definitely drew the music business out of the dark ages. That was about 10,12, 15 years ago, where there was nothing, it was just a big decline. And now, at least it works. At least Spotify gave the investors, for lack of a nicer word, but you know, record labels and music labels… They gave the labels an incentive to invest in bands again. And that is what was going out the door in 2007. They were leaving, they were, like, not doing it anymore because everything they invested in was a loss. So I’m really happy about that.”

Forge previously told Metal Hammer that he’s not into social media and doesn’t see much of what happens on Facebook, Twitter or Instagram unless it’s shown to him by family or friends. “I don’t get my updates from social media. I had a feeling fifteen years ago, around the time that Facebook arrived. I said, ‘That is not good.’ Of course, I didn’t foresee all of the ways that it would destroy mankind and politically or all of those other things that it was going to be used for.”