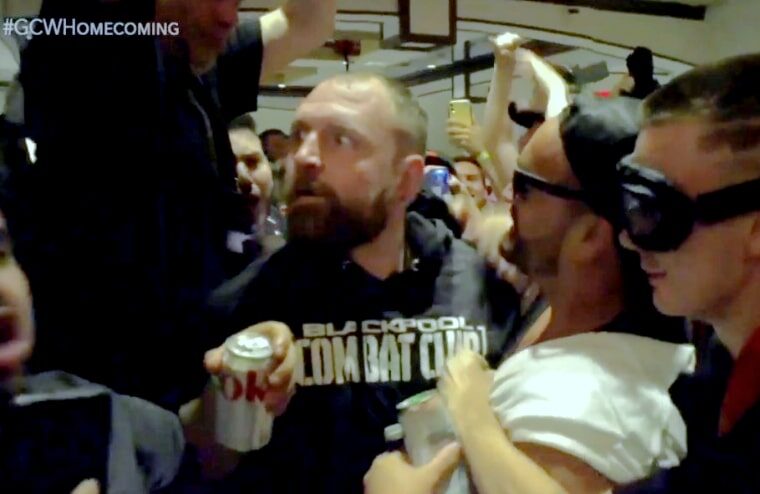 Saturday night’s GCW show saw AEW star Jon Moxley successfully defend his GCW World Championship against Effy, followed by the setup of a title vs. career match with Nick Gage on a future show. Yet, despite this, what many fans on social media were left talking about was Moxley’s entrance through the crowd, which saw him mobbed by fans. Additionally, some fans also noted that the recovering alcoholic had intoxicated fans drinking in front of him. However, Moxley seemingly had no issues, as GCW’s owner Brett Lauderdale would take to social media to confirm that Moxley was used to this type of atmosphere and loved the crowd during his entrance.

Some fans liken GCW to the original version of ECW in the 90s, and this scene was reminiscent of The Sandman entering the ring during his heyday. And while it isn’t a good look to wave alcohol in front of Moxley given his past struggles, if he wasn’t happy in that environment, he certainly would put himself in that position. It should, though, be mentioned that in the past, fans at this same venue threw pizza cutters at Matt Cardona, so perhaps some more security precautions should be implemented to protect talent. Still, ultimately Moxley knows what he is getting into and obviously isn’t with GCW for the money.