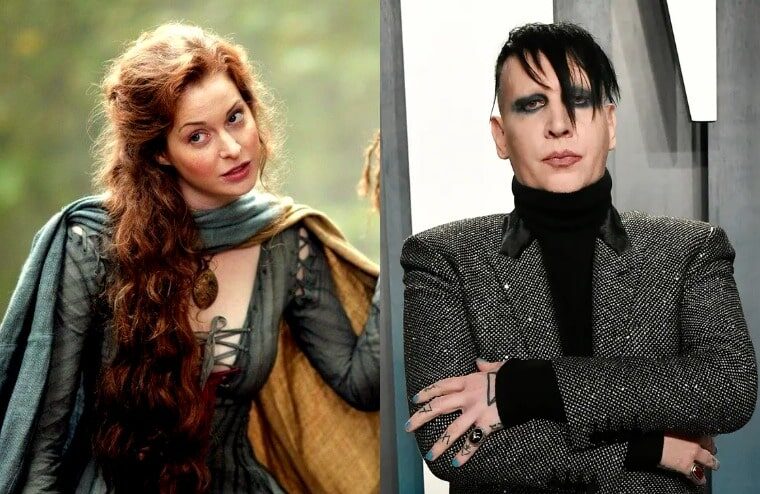 Marilyn Manson’s ex-fiancée, Evan Rachel Wood’s made allegations against the rockstar on February 1st. Since then, multiple other women, including Game of Thrones actress Esmé Bianco came forward with similarly shocking claims. This resulted in Manson’s manager of 25 years cutting ties, his record label dropping him, upcoming appearances on American Gods being edited out, and the episode featuring him on the forthcoming series of Creepshow getting pulled.

Now, Bianco, who played Ros in the hit HBO show, has filed a lawsuit in California against Manson, alleging sexual assault and battery. Bianco says that in February 2009, she was invited by Manson to film a music video, but when she arrived, there was no film crew. She would stay with Manson for four days and says she withheld both sleep of food and given drugs and alcohol.

She explains in the lawsuit she would go on to have a relationship with Manson between May 2009 until 2011 but was pressured and forced into doing things without her consent. Additionally, she names Manson’s former manager and his company Ciulla Management for supporting and profiting from Manson’s behavior and claims he broke US human trafficking laws.

It should be noted that Manson has previously denied the initial allegations made against him in an Instagram post. He’d write, “Obviously, my art and my life have long been magnets for controversy, but these recent claims about me are horrible distortions of reality. My intimate relationships have always been entirely consensual with like-minded partners.“