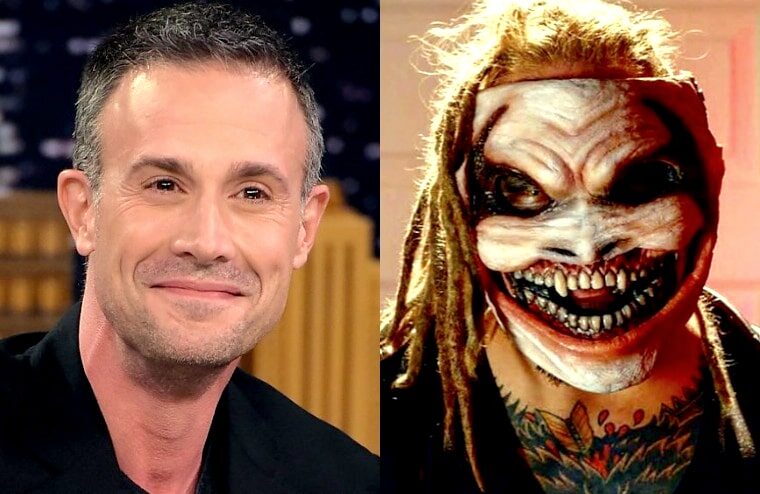 Actor Freddie Prinze Jr. who is best known for his roles in She’s All That, Scooby-Doo, and I Know What You Did Last Summer, previously worked for WWE in the role of producer and director. At one time, he was considered for the lead writer’s position but departed the company to focus on being a father. However, he still follows the product and remains in contact with several of his former colleagues in the company.

Now the actor has appeared as a guest on the new Ringer Wrestling Podcast to talk about SummerSlam, and during this, Bray Wyatt’s name would come up. Prinze Jr. would go on to say that there were creative issues between Wyatt and both Vince McMahon and Kevin Dunn. He also indicated that this was why Goldberg squashed The Fiend at Super ShowDown 2020.

I can’t tell you everything I know. I know Bray, I wouldn’t say we’re friends, but we’re acquaintances. But I still have friends at the company. Like I said earlier, if you’re willing to work a specific way, then even if you have a bad match, in the eyes of the top two dudes at the company, it’s a good match because you’re doing business their way. If you’re wanting to step out of that lane and widen your river or just show there’s some other streams, even if you have a great match, it’s just a good match. And when you stick to your guns time and time again there going to stick to theirs.

Look, Vince is a product of the 80s it’s Reaganomics. When there’s problems, he throws money at it, it’s an old-school way of thinking. It sometimes works, it sometimes doesn’t, but they’re men that will double down, him and Kevin for better worse they will always double down, and I don’t think Bray had a good enough hand to play poker with them that game, and that’s why he lost the first time in a weird way in Abu Dhabi, and that’s why things kind of went south from there.

Up until his defeat to Goldberg, The Fiend was the hottest character in the company, and it looked as though he was going to headline WrestleMania 36 against Roman Reigns. At short notice, though, Goldberg won the Universal Championship and took The Fiend’s spot. So while The Fiend remained a popular character, he was definitely less over than before his match Super ShowDown 2020, and it did come across as self-sabotage. Now with the insight provided by Prinze Jr., it appears that’s exactly what it was with WWE damaging their own talent to prove a point.