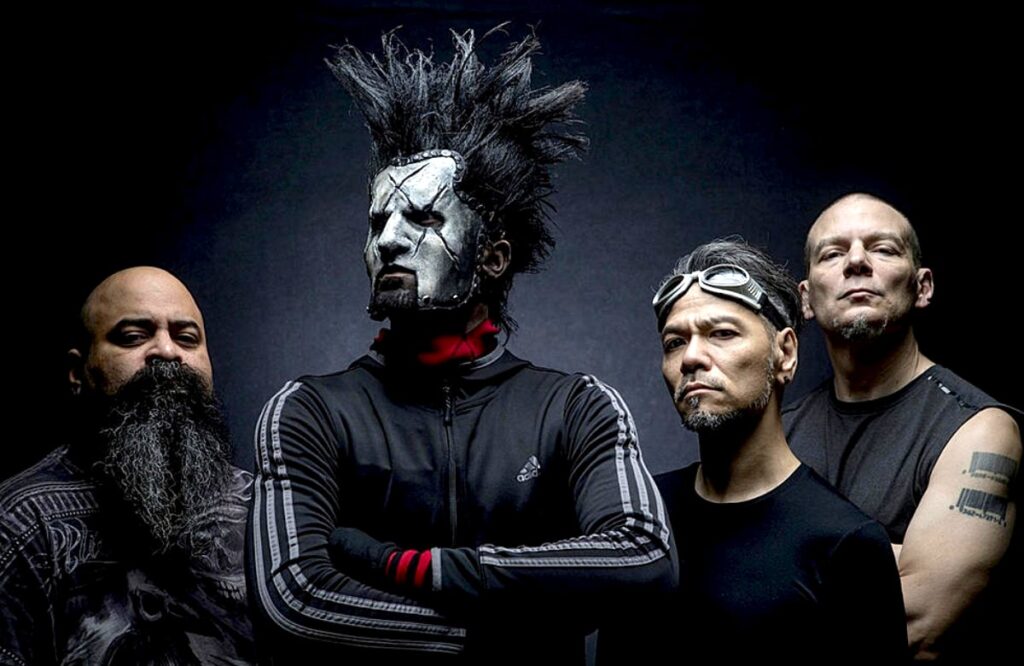 Static-X released their seventh studio album, titled Project: Regeneration Vol. 1 last week, which acted as a tribute to their deceased former frontman Wayne Static. The reviews have been positive for the highly anticipated release, but now it has become marred by controversy stemming from a lengthy statement made by former guitarist Tripp Eisen. In the statement, he claims he was behind the band’s reunion, which he was part of until April 2019, he was responsible for Edsel Dope becoming the new frontman, and the band has taken undeserved credit on songs he wrote.

As Static-X thanks everyone for making the album Project Regeneration Vol. 1 successful, their former guitarist and co-songwriter Tripp Eisen responds with a genuine “you’re welcome.”

Tripp’s material has been used in the development of this incarnation of Static-X. This is evident in the lead song on the Project Regeneration Vol. 1 teaser: “Bring You Down”, also a featured song on Spotify. Tripp actually wrote a majority of the music and lyrics on this particular song. The exact same is true for the song “Something Of My Own.” (see below)

In October 2018, the song “Road To Hell” was used in the teaser that launched the Static-X reunion. This was 100% Tripp’s music with a partial lyric credit. This song was re-titled “My Destruction” and is on the new album.

The question of the true authorship of certain songs casts a shadow over this project, one which is supposed to honor the memory of Wayne Static, a man of integrity and vision, a man who called Tripp a brother and who collaborated with him on some of Static-X’s memorable hits like “The Only” and “I’m The One.”

If you listen to the new chorus to the first single “Hollow” you will hear a part borrowed from the Eisen/Static collaboration “I’m The One” – the signature hook ‘yeah-yeah-yeah’!

The original versions of all of the older songs on Project Regeneration Vol. 1 are completely Wayne Static and Tripp Eisen material; none of the current members had anything to do with their creation. The band obviously wants to gloss over this fact and the patently deceptive songwriting credits on the new album highlight this point.

This is not taking anything away from the album as it is a great effort and a high quality-sounding album. We all love the memories of Ken, Koichi and Tony circa 1999-2000 and it is good to see them working together even without Wayne.

HISTORY OF THE REUNION:

This project began in September 2016 because Tony Campos and Tripp reconnected and reestablished their friendship. Tripp traveled to California to pitch his idea of the Static-X reunion. He brought his friend Edsel Dope into the project as well.

This reunion was born around several good friendships and mutual respect. Tripp’s past legal troubles were addressed early on and Tony Campos had Tripp’s back, knowing the details of his case, the exaggerations in the press and judged his friend fairly and without prejudice.

Edsel shared Tony’s sentiments about Tripp and knew his good character. They continued to work together, and Tripp was part of the project up until April 2019 when he finally objected strongly to the changing of the material and took legal action.

The real conflict is Tripp’s objection to everyone trying to get their names and imprint on the songs and trying to get every dollar they can, which sort of takes away from Wayne’s estate and family’s financial interest!

This is an uncomfortable fact but evident as you read the album credits. The band made many promises to Tripp as the project developed and he trusted his friends. Tripp was never after the profits, but mainly wanted proper credits, appreciation and to keep the project authentic!

Tripp also wants fans of Xer0 to know that the idea of Edsel wearing a mask was there from day one. At the first meeting it was agreed upon, that if he was to be the singer, he would be wearing a mask with an “X” on it. The idea was spawned from the X-Man in the Static-X comic book from 2002.

The release of Static-X: Project Regeneration is the culmination of 4 years of planning and hard work. The band has benefited from this and did a great job bringing back Evil Disco and paying tribute to Wayne Static for fans worldwide…’Tripp Eisen

The band took to social media to deny these claims with the below response to a fan.

Claims. We all know why he was fired 15 years ago. Deplorable! no credibility. Desperate. Begging for attention.Static-X

Fuck You!!!! You 2 time CONVICTED sex offender piece of shit! Keep my name out of your talentless mouth!

I fired you 20 years ago, because you are an egotistical, low talent idiot and Static X fired you more than 15 years ago because you were a 40 Year old creep, who was arrested for having sexual relations with multiple 14 year old fan girls. DEPLORABLE!

For your information. Wayne and I had a very pointed discussion about you, while on tour together in 2014, so I know EXACTLY how he felt about you. WAYNE FUCKING HATED YOU & he had no interest in ever associating with you again…

You’ve been begging for people to pay attention to you and your new band for 3 years..Attempting to tie yourself to virtually everything Static-X or Dope does.Edsel Dope

For those unaware, the sex offender comments towards Eisen originate from two incidents of sexual assault towards underage girls in February 2005 that resulted in him serving jail time and being removed from the band.