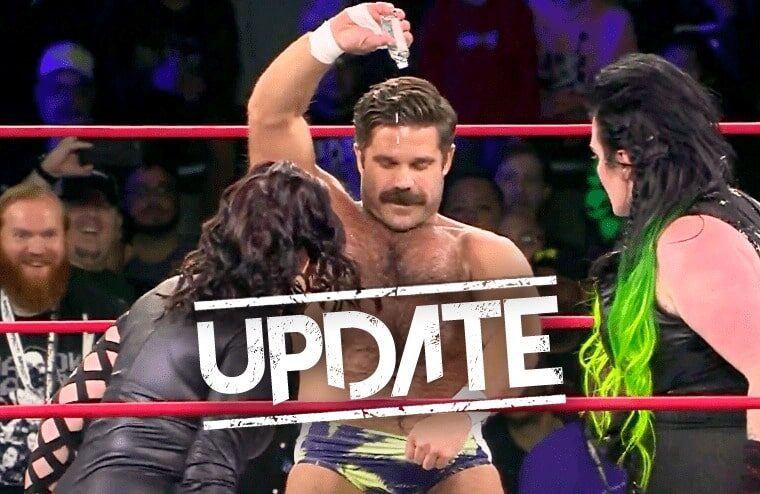 Over the weekend, a fan shared a photo of pro wrestler Joey Ryan working Disneyland on the Jungle Cruise. This was newsworthy because he was previously named in the #SpeakingOut movement and the image quickly went viral. Now, the Los Angeles Times has reported that the former Impact Wrestling star has been let go by the company.

Disney didn’t confirm the reason for his departure to the paper but stated that the park’s employee screening process includes a criminal background check. Yet as Ryan has never been charged with a crime and would have applied under his real name Joseph Ryan Meehan it’s understandable for the entertainment company to be unaware of the allegations.

Ryan was an incredibly popular wrestler on the independent circuit, with it speculated he made more money than some talents contracted to WWE. Nevertheless, once Ryan was accused, he lost his bookings and was released by Impact Wrestling. He did, however, attempt to return to the wrestling ring last year on a charity show. Still, with fan backlash and Tony Khan pulling booked AEW talent, the show was canceled, leaving Ryan’s career in the business effectively over.

It should be noted that Ryan has denied the claims against him and now publicly revealed that he has found religion and followed a 12-step program to address his addictions. Additionally, he did take legal action against several of his accusers, but with some cases dismissed, he dropped the others. It is though mentioned in the Los Angeles Times article that he has one federal court case he filed currently pending, although specific details were not divulged.