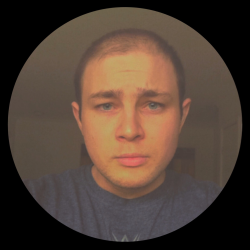 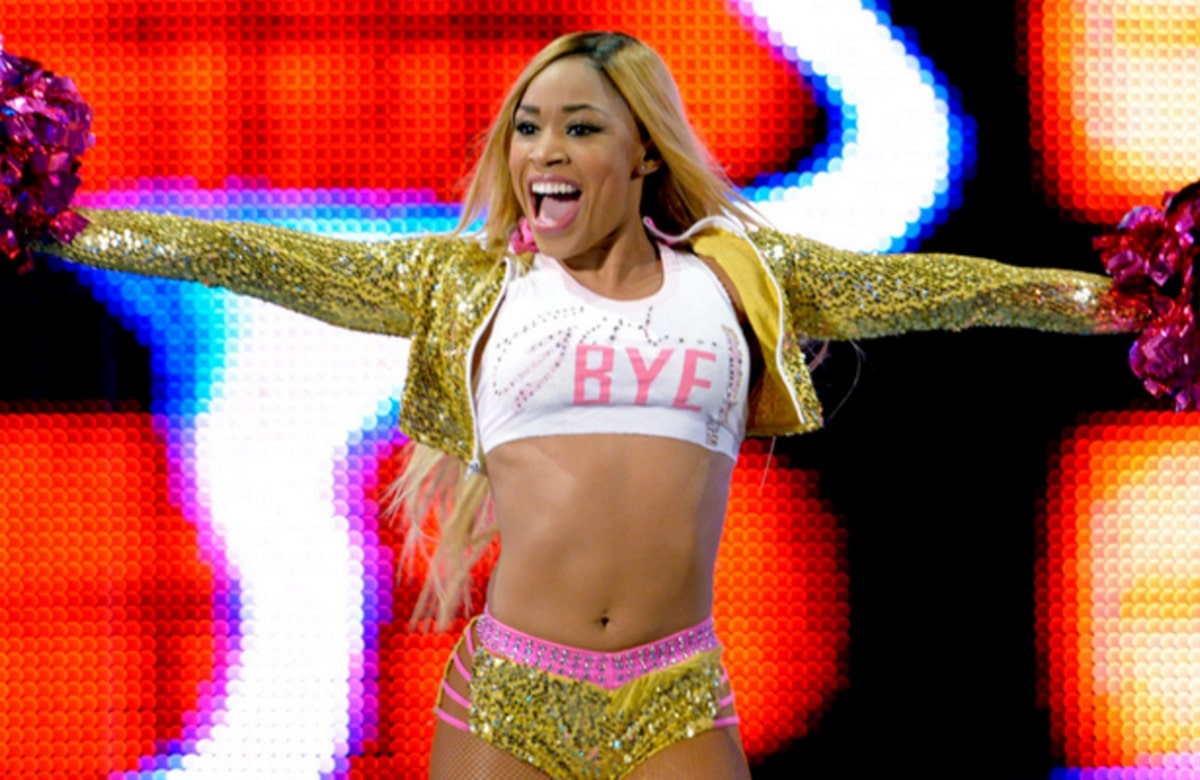 Formerly one of the Funkadactyls along with Naomi, and Tough Enough competitor Ariane “Cameron” Andrew will be making her return to the ring in April. This will be her first match in four years, with her last match taking place in March of 2016 months prior to her WWE release.

Independent wrestler Effy made the announcement on Twitter that Ariane is booked to compete at his Big Gay Brunch event that takes place during WrestleMania weekend in association with GCW. Tickets are available here. 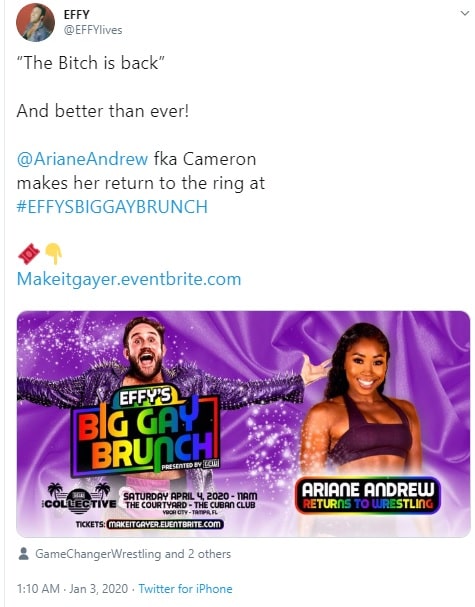 No announcement of her opponent has been made as of yet.