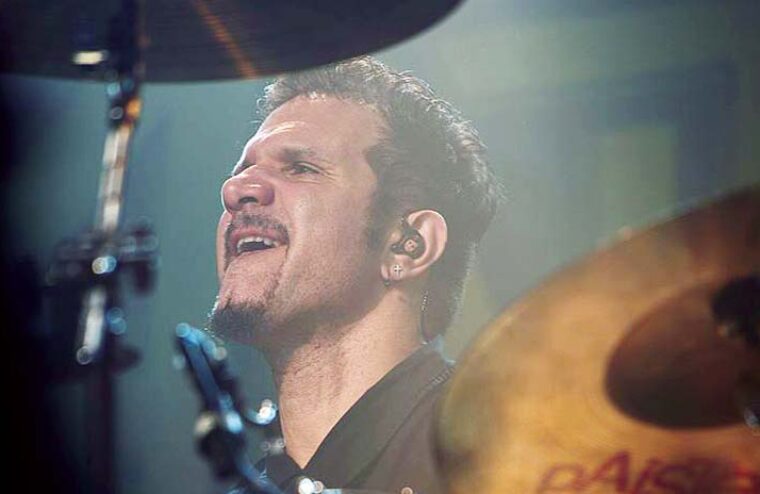 Last month, it was announced that Pantera vocalist Phil Anselmo and bassist Rex Brown signed with Artist Group International and agreed to a reunion/celebration tour in 2023. It was also announced that the vacancies in the group left by the deaths of brothers “Dimebag” Darrell Abbott and Vinnie Paul would be filled by Black Label Society/Ozzy guitarist Zakk Wylde and Anthrax drummer Charlie Benante. According to Billboard, the lineup was given a green light by the estates of the Abbott brothers.

At a recent Anthrax fan meet-and-greet, Benante answered questions about what touring plans would look like with both bands active next year. When asked by a fan if the Pantera tour will be a full-blown trek, Benante said, “I don’t think so.” Speaking about how Pantera’s touring plans will affect Anthrax, guitarist Scott Ian said: “The Pantera thing is not gonna change anything we’re doing.” Bassist Frank Bello added: “We’ll still be working.” Benante then said that Pantera will only play “select” shows.

One fan asked Benante what he thought of the flak from some people on social media regarding the tour. “Why is there flak?” Benante asked. To which the fan responded, “People are stupid.” Benante concurred, saying “There you go” and directly addressed the naysayers by telling them “Don’t come.” Ian then said that Benante’s words would likely make the news on music sites reporting on Pantera’s return. Scott said: “That’s the line online tomorrow: ‘Charlie Benante on Pantera tour: don’t come’.”

Back in February, Anselmo told The Pit about the future of the band. It was recently revealed that Benante was approached about taking part in a Pantera tour late last year giving Anselmo’s comments new weight. “Dimebag and Vince always wanted this band to be a legacy band, to be massive, to be our own conduit to success, simply put,” he said. “I think Dime and Vince — I know Dime and Vince — would want the legacy and the name of Pantera to go on and on and on and in everybody’s damn face. I know that for sure. Abso-f*cking-utely, dude. That would be their biggest dream.”

Last month, Wylde and Benante appeared on Sirius XM’s “Trunk Nation” and spoke about the tour with host Eddie Trunk. “It’s gonna be awesome,” Wylde said. “The fellows have always… When Vinnie was still with us, it was always rolling around that, ‘Zakk, would you honor Dime and all of us get together and do this thing?’ And I said, ‘Fellows, whenever you wanna do this thing, I’ll be over here waiting in the dugout and in the bullpen. And just call me when you need me and I’ll learn everything and we’ll go do this.’”

Wylde continued: “Throughout the years, there’s always been rumblings about it, so it wasn’t until, obviously, now… I was speaking on the phone with Phil — we might have been all on a group call — but Phil was just, like, ‘Zakk, would you honor Dime and would you play?’ And I said, ‘Yeah, Phil. Of course. I’ve always said I would. Of course.’ I said, ‘If you guys wanna go do it, then let’s do it.’”