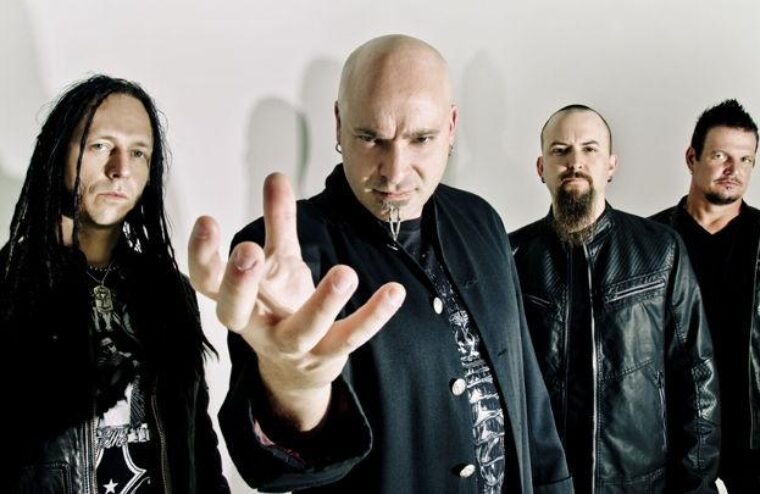 Disturbed recently regrouped to begin songwriting sessions for the follow-up to 2018’s “Evolution.” Frontman David Draiman shared details on the process with KLOS’ Full Metal Jackie. “There’s really nothing that replaces (writing together),” Draiman said. It was a continuing theme of conversation over the course of the week that we had together between our couple of shows we played in Indiana (in early November) and our performance over in Daytona for Welcome To Rockville. There really is no substitute. There isn’t. The energy and that realization when you’ve got something. Compare it to fishing, and you finally land a big one. It’s incredibly, incredibly exciting. And we were on fire. (We came up with) six new song ideas, (and we have) two in our back pocket, and more potentially being worked on this upcoming weekend. We’re very, very excited.”

Draiman described the musical direction of the new material as “somewhere between ‘The Sickness’ and ‘Ten Thousand Fists.’ It’s rhythmic, it’s pummeling, it’s anthemic, it’s polysyncopated. It’s meat-and-potatoes Disturbed.” The album is also shaping up to be far more aggressive and heavy than  “Evolution,” which featured a number of acoustic or semi-acoustic tracks. “It’s a different sort of itch you’re scratching,” Draiman said. “You can have the satisfaction that comes with, let’s say, playing with your children peacefully somewhere and you can have a different sort of satisfaction in engaging in full-contact football with your buddies. It’s just a different feel. They’re both equally as gratifying but sometimes you just get a little taste more for one than the other. And right now we are definitely — we’ve got our teeth dug in to that style. We were dying to do the more aggressive stuff. We wanted to go back home. We wanted to go back to the ‘groove so hard that you can’t stop bobbing your head’ kind of stuff. So, we’re there, and we’re loving it.”

Disturbed played live for the first time in nearly two years late last year at the Louder Than Life festival in Louisville, Kentucky.