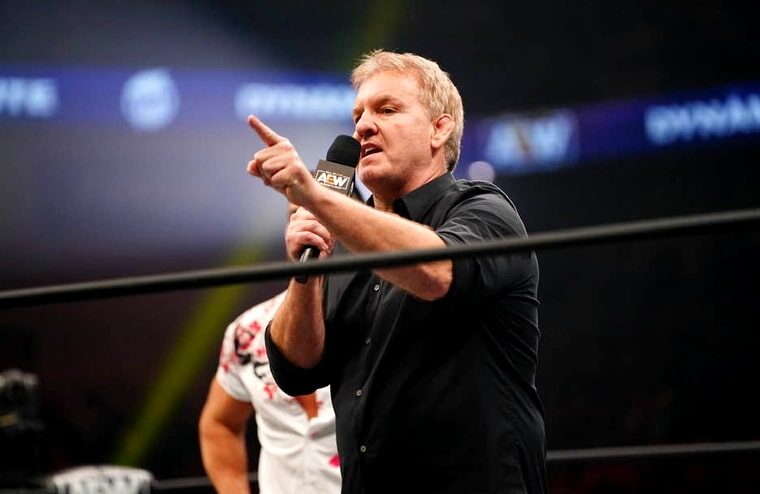 Dan Lambert is best known as the man behind the American Top Team gym, which he founded in 2001, and while incredibly successful, he would eventually branch into pro wrestling due to his association with Bobby Lashley. This led him to compete in Impact Wrestling in 2017 alongside Lashley and then wrestling James Storm in a singles match. And while many thought he’d ticked pro wrestling off his bucket list, he would end up appearing in MLW in 2020 and AEW in 2021. With him bringing in several MMA fighters, including Jorge Masvidal and Paige VanZant, to ally with Ethan Page and Scorpio Sky against The Inner Circle.

However, Lambert hasn’t appeared on AEW television for some time, and now while being interviewed by Chris Van Vliet, he has confirmed he is no longer with the promotion. Surprisingly, though, he would reveal it was him that wanted to end things, as he felt he was getting stale. Adding he didn’t want to overstay his welcome.

About two months ago, we finished up our feud with the Men of the Year, we had Scorpio Sky drop the belt to Wardlow. Sky was going to take a couple of months off because he had a knee injury that needed to heal. Page was being repackaged so he could do what he is doing now with The Firm and with MJF. So I thought that it was a good time to wind down, I thought that I was getting stale. The reactions were still good, but I just grabbed Tony after the show and said that I think this has run its course. I don’t want to go backward or overstay my welcome.

Regarding mic work, Lambert took to pro wrestling like a duck to water with his excellent delivery and ability to generate heat from the crowd. Many fans would go as far as to liken his character to Jim Cornette, but without the problematic small-mindedness. Yet, unlike Cornette, he is still welcomed in the industry at all levels. As despite stepping away from AEW, he has remained involved in the business, recently wrestling Bill Alfonso on two Coastal Championship Wrestling shows.