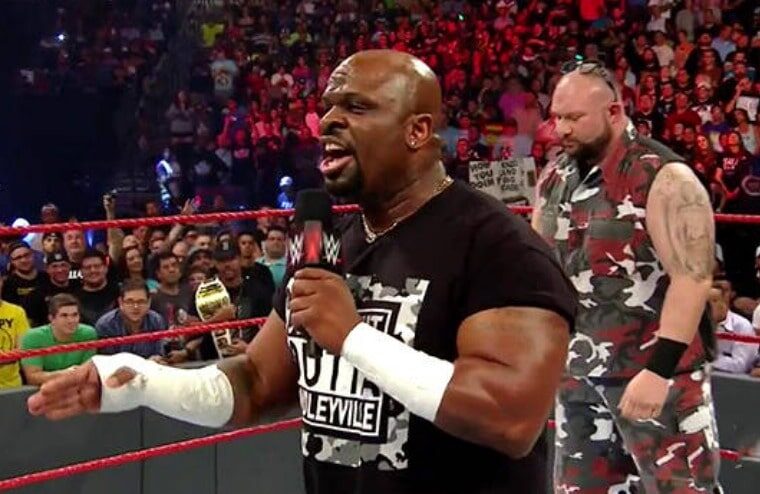 First established in ECW, The Dudley Boyz jumped to WWE in 1999, and over the next six years, became true legends in the wrestling business. They would then work for TNA and in Japan before delighting Attitude Era fans by returning to WWE a decade later in 2015. Now, in an interview with The Cut Pro Wrestling Podcast, D-Von Dudley has opened up about why this run ended and his current relationship with longtime tag partner Bubba Ray.

Well, Bubba didn’t want to play fair. And I know Bubba will have his own opinion about what happened, but again, that’s the majority of it. They gave us both the contract. I signed it. He didn’t want to sign it, and it left a bad taste in their mouth, and by the time he was ready to sign it, some time had already went by.

By the time he got through that, the company was like, “Nah, we don’t want it anymore. We’re not dealing with the headaches,” and they decided not to do it.

I wish him nothing but the best. We do not do business anymore. There’s no hard feelings, and I don’t have any animosity towards him. It’s just he’s doing his thing, and I’m doing my thing. Bubba and I are not at odds with each other. We don’t hate one another. We just went different ways like most tag teams do. This is not a Marty Jannetty and Shawn Michaels thing where we hate each other, we don’t.

D-Von and Bubba Ray would go their own ways at the end of 2016 after wrestling a few matches on the independents together. Although briefly reunited for an appearance on the 25th-anniversary episode of Raw in 2018 before being inducted into the WWE Hall of Fame. Currently, D-Von is a producer for WWE and is back at work, having suffered a stroke earlier this year. Bubba Ray, now going by the name Bully Ray, co-hosts Busted Open on Sirius XM Radio and wrestled his first match in almost 18 months in September as a replacement for Sabu.