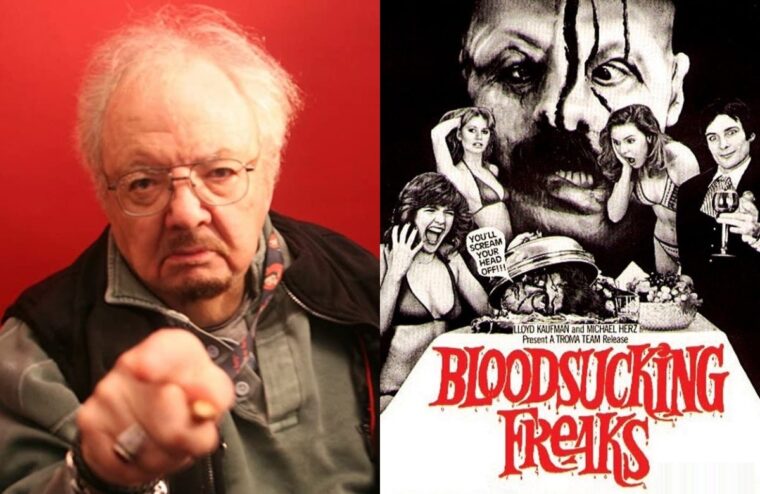 Sadly it has been confirmed that veteran filmmaker Joel M. Reed has passed away at 86 years old after contracting the COVID-19 virus. He died in a New York care facility last Sunday.

Reed was best known for writing and directing the 1976 movie Bloodsucking Freaks. The film was initially titled Sardu: Master of the Screaming Virgins and The Incredible Torture Show until Troma Entertainment got the rights and retitled the movie.

The native New Yorker was born in 1933 and began working with film in the 1960’s. His movies as a director include Career Bed, Sex by Advertisement, The G.I. Executioner, Night of the Zombies, and Blood Bath. He would also work as an actor, appearing in I Spill Your Guts, Trashtastic, Catch of the Day, Killer Waves, Freak in the Basement, Dead Eye as well as the upcoming movie The Dysfunctional Mob.

In 1990, Reed released a book on the now current president of the United States titled Trump: the Man the Myth the Scandal. He would later sign with Polus Books to write more stories, which started with the short story Zombie Wall in 2012.