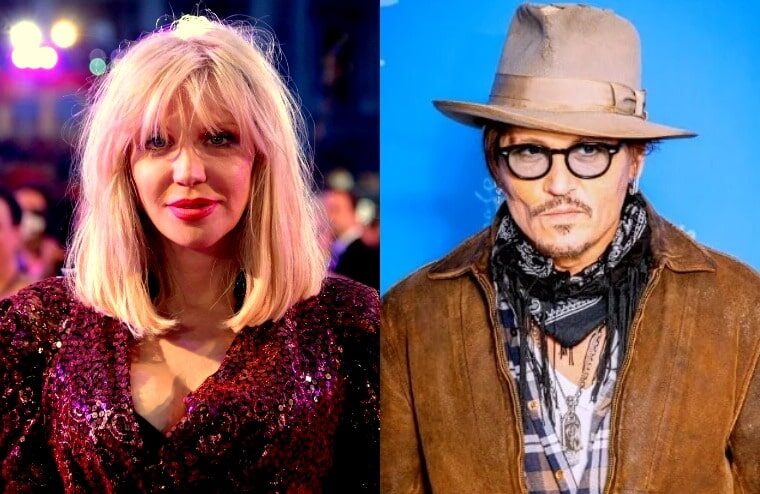 Actor Johnny Depp is currently suing his ex-wife, Amber Heard, for defamation and libel over an op-ed article she wrote for The Washington Post alleging the “Pirates of the Carribean” star of abuse. Depp is suing Heard for $50 million, and though Depp is not specifically named in the article, he claims it cost him lucrative acting roles. Heard is countersuing for $100 million, and the trial has been ongoing since March.

Recently, Hole guitarist/singer and actress Courtney Love commented on the court case and situation via her Instagram in a since-deleted post, and she shared that the Hollywood Vampires guitarist saved her life.  “I don’t really wanna make judgments publicly, but I just want to tell you that Johnny gave me CPR in 1995 when I overdosed outside the Viper Room with Sal,” Love said.

She also said Depp was supportive of her daughter when Love was in the throes of drug addiction. “Johnny – when I was on crack and Frances was having to suffer through that with social workers – wrote her a four-page letter that she’s never showed me on her 13th birthday. He didn’t really know me. Then he sent limos to her school when the social workers were crawling around – again, unasked – for her and all of her friends.”

Love said even though Depp is her friend, she could sympathize with Heard and the public’s reaction to her. “I’ve been the most hated woman in the world before TikTok and it’s a really… I have a lot of empathy for what that must feel like for Amber,” she said. “F*ck man, wow, can you imagine being her?”

Love later took to Instagram to clarify her original comments. “The platform accidentally posted a story I didn’t want public. I want to show neutral support for a friend. I don’t want to bully. The only important takeaway, of what was posted, is that I expressed that we should all stop having ‘fun with schadenfreude’ (look it up: ‘Delight in another’s down fall’) and show sincere empathy for both parties. If I hurt anyone, please accept my amends.” Heard reportedly fired her public relations team over the negative press that she’s received during the trial. The actress is believed to have sacked crisis management specialists Precision Strategies after being subject to “bad headlines” since the trial began.

In 2013, Love retired the Hole name and began releasing new material and touring as a solo artist. Depp’s Hollywood Vampires bandmate Alice Cooper previously defended Depp saying: “Johnny Depp and I are best friends… I’ve never seen him lift a finger against anybody,” Cooper said to NME. “He’s one of the most gentle people. And all of his former girlfriends and wives say the same thing. It’s really hard to believe that all of a sudden he’s gonna turn into this monster. And I know the guy — I’m with the guy on tour all the time. He’s one of the most gentle, harmless people I’ve ever met.”