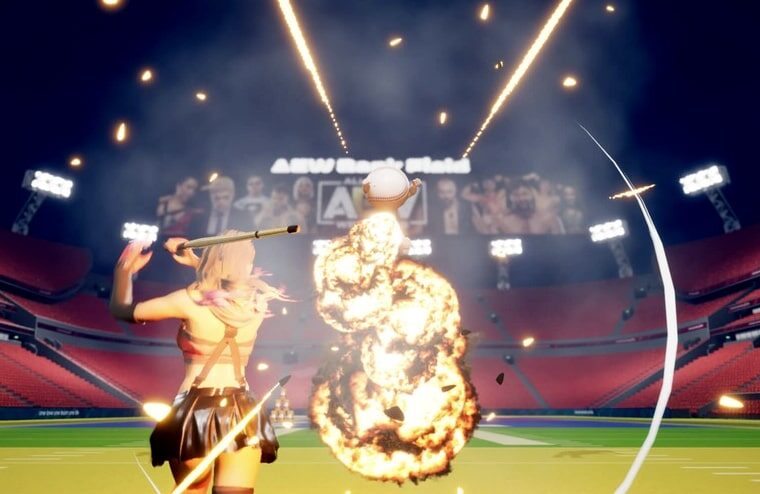 Retails began putting AEW: Fight Forever up for pre-sale on Tuesday, and AEW would follow up by issuing an official press release on Wednesday confirming many of the details already reported. Among AEW’s updates was a link to the game’s official website, which provides a teaser trailer and several screenshots, with eagle-eyed fans noticing that WWE star Cody Rhodes is visible on a billboard (see featured image above) during one of the mini-games. Previously Kenny Omega has admitted he pushed for Rhodes to remain in the game due to his significant involvement in AEW, which led fans to believe this would mean he’d be a playable character. Now though, with this revelation, it appears Rhodes may simply have a presence as a graphic.

While this will likely disappoint fans, it’s possible complicated intellectual property issues may have made it challenging to include Rhodes officially. However, regardless of Rhodes’ in-game status, fans are just delighted to finally be getting an official AEW game, as this was one of the first requests made once the company was announced. And while it has taken years to get to this stage, the reason is it has been built from scratch by Japanese game studio Yuke’s, who previously worked on WWE’s games until WWE 2K19.

Now with just months to go before it hits stores, full details are becoming known with it confirmed that there will be Casino Battle Royales, Unsanctioned Lights Out matches, and even Exploding Barbed Wire Deathmatches. Additionally, intergender matches will be possible, as established in the below gameplay video showing Adam Cole (controlled by Tony Schiavone) against Dr. Britt Baker.