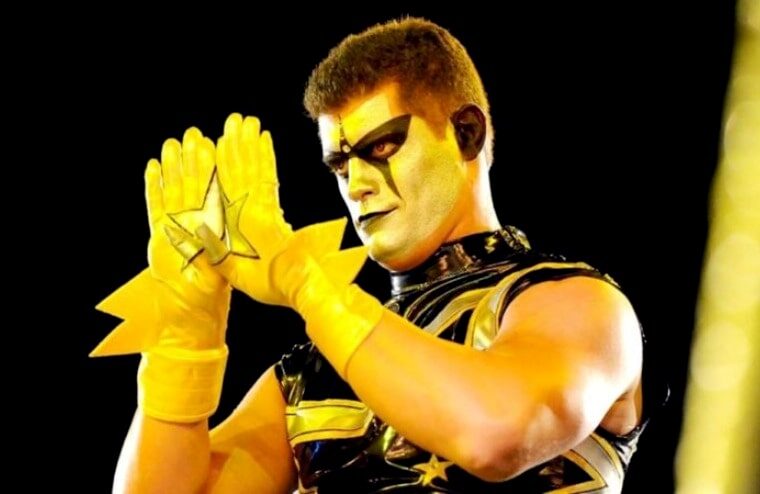 Cody Rhodes made plenty of headlines with his American Nightmare neck tattoo, and since then, some of his diehard fans have shared their own similar tattoos on social media. Now though, wrestling fan Cherilyn who goes by the Twitter username @cherdelaware, has proven she isn’t a johnny-come-lately to Rhodes fandom by having a tattoo done in tribute to his past Stardust character. And while the new inking wouldn’t receive unanimous support, Rhodes himself would see it and quote tweet it to his followers, saying that Stardust would appreciate it.

Stardust was a character Rhodes had come up with a child similar to his older brother Goldust’s gimmick, with the name coming from his legendary father using it during his time in the AWA. While initially a popular character when debuting in 2014, it resulted in Rhodes moving down the card over time. Rhodes would later reveal he had requested for the character to be dropped multiple times. However, he was ignored and eventually asked for his WWE release. Subsequently, when Rhodes began negotiating to return to the company earlier this year, he specifically requested that he never resumes the Stardust character again.