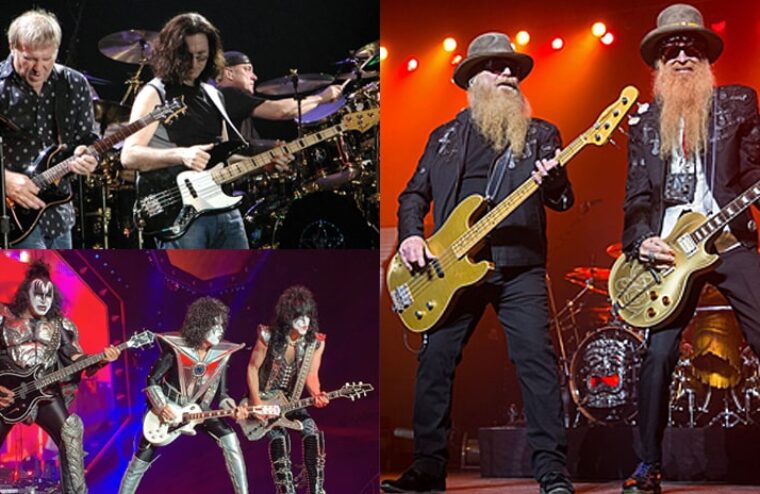 Cleveland.com has published an article, “The Great Rock Hall Purge: Which Hall of Fame inductees don’t belong?” The piece looks year-by-year at artists inducted into the Rock & Roll Hall of Fame and takes the opposite approach from “snubs lists.” “Rather than consider a seemingly endless list of ‘snubs,’ we’re operating under the premise that too many artists were inducted into the Rock & Roll Hall of Fame in the first place,” reads the article. “There is no exact science when it comes to determining musical excellence. But we tried our best using a point system focused on a mix of critical acclaim, proven influence and milestones. For instance, we gave inductees 10 points for every album featured on Rolling Stone’s ‘500 Greatest Albums of All Time’ and ‘500 Greatest Songs of All Time.'”

Cleveland.com also assigned point values from other Rolling Stone lists and lists from other media outlets to compile 100 artists they say could have been omitted from Rock Hall inclusion. “In total, we kicked 100 artists out of the Rock & Roll Hall of Fame,” the article reads. “As you might anticipate, some of those names are going to upset a lot of fans.” Among the artists they would boot from the Hall: KISS, ZZ Top, Alice Cooper, Rush, Heart, Joan Jett, Def Leppard, Bon Jovi, Bob Seger, The Cars, Hall & Oates, Journey and Foo Fighters.

Here’s Cleveland.com on Alice Cooper: “Alice Cooper gets purged, but it was a close call. Had historians been a little kinder to the group’s albums and singles (outside of “School’s Out” and “I’m Eighteen”), the iconic shock rock act would have easily have made it.”

On Rush: “The purging of Rush is going to upset the band’s hardcore fanbase. We admit it may be less about Rush’s resume and more about the unfair disrespect some have for progressive rock.”

On KISS and Hall & Oates: “You could easily argue that one of the flaws with our system is you likely had to be a critical darling to avoid the purge. Right or wrong, Hall & Oates and KISS both fell victim to that.”

On Joan Jett & The Blackhearts: “Joan Jett has come to embody what it means to be a rock and roll woman. But she has just three essential songs, two of which were covers.”

On Cheap Trick: “Cheap Trick has never been a critical darling. It didn’t help that the band’s influence is undervalued.”

On Def Leppard: “Def Leppard had a tremendous run in the 1980s. Yet, save for a reference to the band’s album ‘Hysteria’ and the song ‘Photograph,’ much of its work is absent from historical lists not focused on hard rock.”

On Foo Fighters: “The most recent class of Rock Hall Inductees was a mess using our system. Foo Fighters have carried the torch for rock for the past 20 years. But the band might be the last post-grunge act standing. Much of its impact still lives in the shadow of Nirvana.”