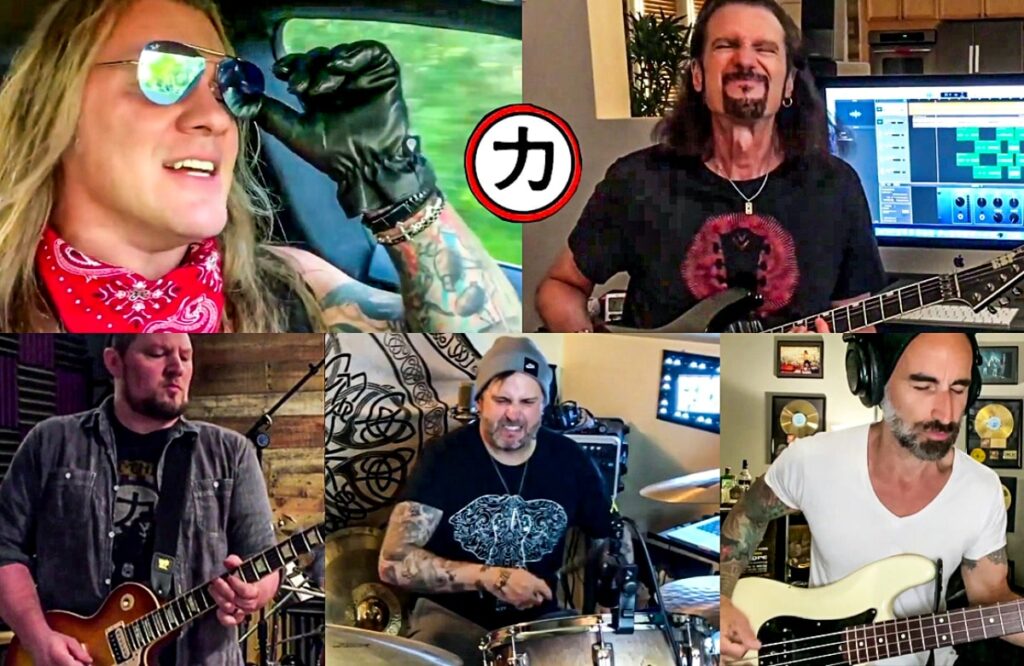 Earlier this year Chris Jericho formed his very own KISS tribute band named Kurantine, along with guitarist Joe McGinness, bassist PJ Farley and Luke Bryan drummer Kent Slucher to cover KISS’ 1987 song “No No No.” Since the response was so positive, Kuarantine is back, with former KISS guitarist Bruce Kulick as a special guest for their version of “Heart Of Chrome” from KISS’ 1992 Revenge album.

Speaking in an interview with Revolver, Jericho would say:

We were pleasantly surprised and stoked to hear the huge reaction to our first single ‘No, No, No’! So what can a band that specializes in non-make-up KISS songs do to top that reaction with their second single? How about tap the guitar player from that era to join the band? That’s exactly what we did when we asked former KISS axeman Bruce Kulick to join us on “Heart of Chrome,” and he crushed it!

“Heart of Chrome” from the 1992 album Revenge, is one of the most underrated songs in the KISS Katalog and one of the hardest to sing! Even Paul Stanley himself said to me, “If you can sing that song in the original key, with the original melody, then you have completed quite the task.” So that’s what the band and I did! Plus, having Kulick onboard to lend his signature tone and soloing style, made the tune even more rifftastic! See kids, there’s always a positive in every negative: Only in a pandemic can you form a KISS cover band with the ex-guitar player from KISS and end up with a kickass song!Chris Jericho

You can watch the video for “Heart of Chrome” below and stream it on all the major digital services.