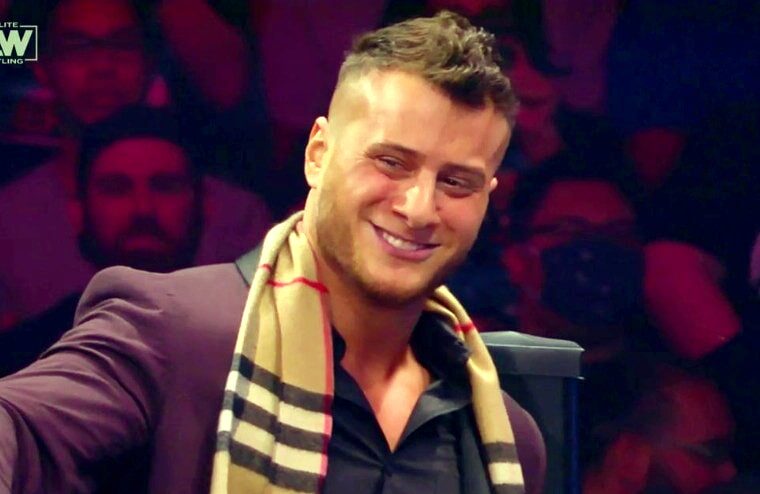 MJF is one of the best talkers in the business today, and anytime he cuts a promo, it is one of the show’s highlights. Apart from his delivery, the actual content is usually cutting and firmly establishes him as a heel. However, sometimes his comments have caused contention, such as referring to Brian Pillman Jr.’s mother Melanie as “Methane” in reference to her drug issues.

Now in an interview with Richard Deitsch, one of MJF’s recent opponents, Chris Jericho, would be discussing promos and used MJF as an example of getting the wrong type of reaction. Specifically, MJF’s promo that included a line about Lex Luger being in a wheelchair as part of his feud with Darby Allin and Sting.

People at this point know it’s show business, and there’s only so deep you can go. There’s a line a few weeks ago MJF used about Lex Luger being in a wheelchair to Sting. I don’t think that gets heat. I think it makes people feel uncomfortable and feel bad. You don’t want that. There is a fine line between using real-life issues and going to inside baseball where, “I don’t know what this guy is talking about, but it doesn’t feel right.” To me, that is the fine line.

For those unaware, Luger, who worked with Sting in WCW both as a friend and foe, suffered a spinal stroke in 2007. As a result, the former WCW Champion was initially unable to move either his arms or legs, although over the years, he has been able to stand and walk short distances. He does, though, still require a wheelchair, so hopefully, his permission was sought before his misfortune was used as a way of generating heat.