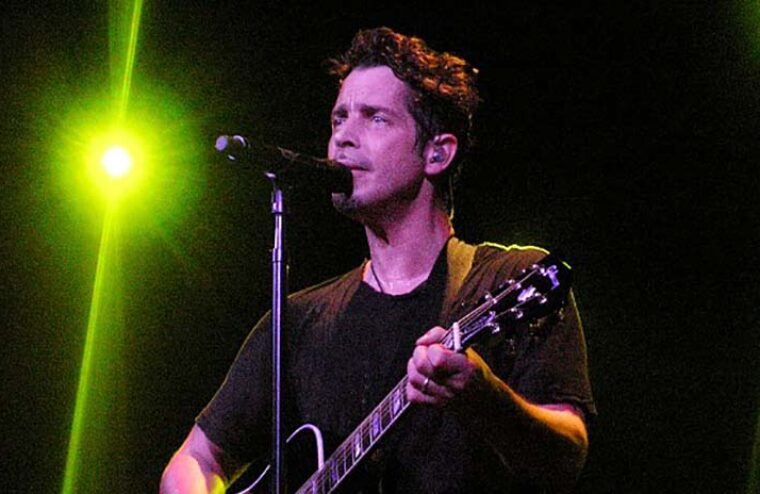 Legendary Soundgarden/Audioslave frontman Chris Cornell tragically took his own life in 2017. Cornell is considered one of the key figures of the 1990s grunge movement, and is well known for his extensive catalog as a songwriter and his impressive vocal range. Across his entire catalog, Cornell has sold more than 15 million albums, and Rolling Stone ranked him No. 9 on their “Best Lead Singers of All Time” list.

Cornell’s wife, Vicky, recently appeared on Sirius XM’s “Gayle King in the House,” and she opened up about her husband’s passing. She also said that suicide is a topic that needs to be discussed more. Cornell passed away on tour after a Soundgarden show in Detroit. Vicky said the she and her children talk about the singer every day to keep his memory alive. She said that his death was completely unexpected. “Chris did not suffer suicidal ideation, and Chris was not even depressed,” she said. “Chris was in recovery, and he had been on a benzo [benzodiazepine], but again, looking back, nothing even at that very moment felt like — it’s impossible. It came from nowhere, and so it’s a very traumatic kind of loss.”

Vicky said that she knew something was wrong earlier in the night of his passing when she spoke to her husband on the phone. A toxicology report showed that Cornell had various prescription drugs in his system, but medical professionals said the levels weren’t high enough to have contributed to his death. Vicky disagrees.

“I do know the cause because I was on the phone with Chris, and he was in some sort of delirium the same night,” she recalled. “He called me after the show, and I could just hear he wasn’t right. He sounded like he was high, and he was confused, his speech was slurred and there was just something that was extremely off and evidently off. And then just, I don’t know, thirty minutes later that was it. I think that our loved ones, especially when it comes to suicide, it can’t just be ‘Oh, they died by suicide. They look their own life.’ Okay, but why?” she continued. “What happened? How can we prevent? And I believe that’s a really big part of prevention, and helping us heal.”