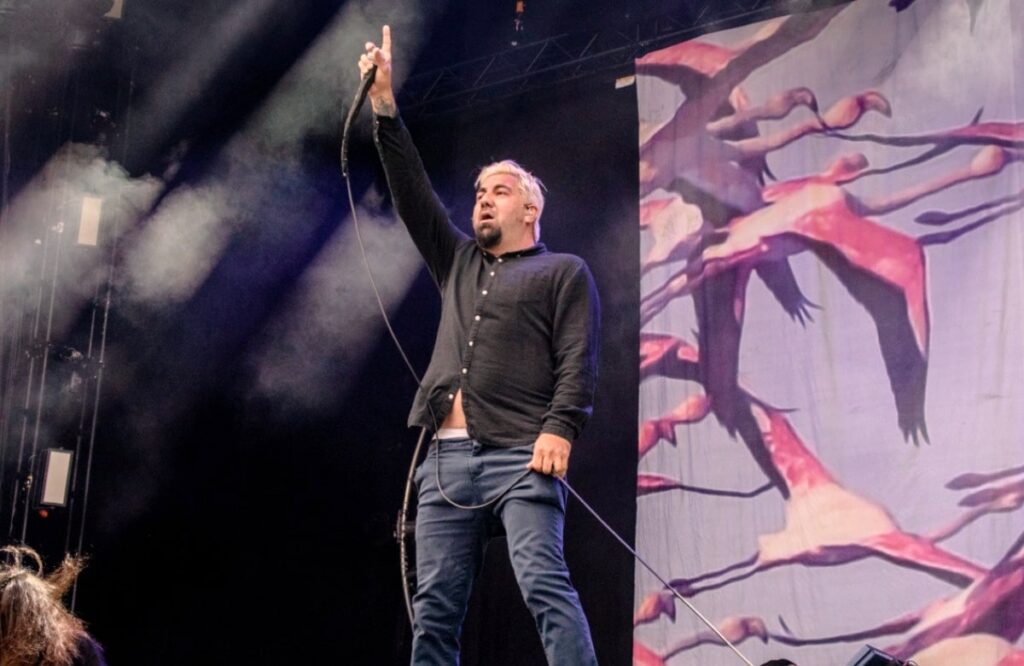 During an interview with Herb’s Happy Hour, Deftones lead vocalist Chino Moreno confirmed that the band’s next album has been completed, and it’s looking like it will be released in September.

We have a record that we finished maybe — I don’t know — about a month ago, we finally got all the final mixes of it. It’s supposed to come out in, I think, September. But we’re really happy with it. We worked with one of our longtime producer buddies, Terry Date, who did our first three albums. We hadn’t done a record with him in a while, and we went back in the studio with him, and it was super awesome.

It’s kind of been weird because we recorded everything — the music stuff — all last summer in L.A., and then we have been working on overdubs and vocals and mixing and all that stuff since then, so it’s almost been a year, but, obviously the last six months have kind of been doing everything remote. Mainly, it was just me. All the music stuff was done, so just mainly vocal stuff, and then mixing and mastering, going back and forth. But we finally finalized everything, I wanna say a few weeks ago, maybe a month ago now. It’s gonna be sweet. I’m excited about it. Chino Moreno

This album will be Deftones ninth studio album, and their first since 2016’s “Gore,” which was critically acclaimed, and debuted at No. 2 on the Billboard 200, making it their highest-charting album since their self-titled 2003 album.