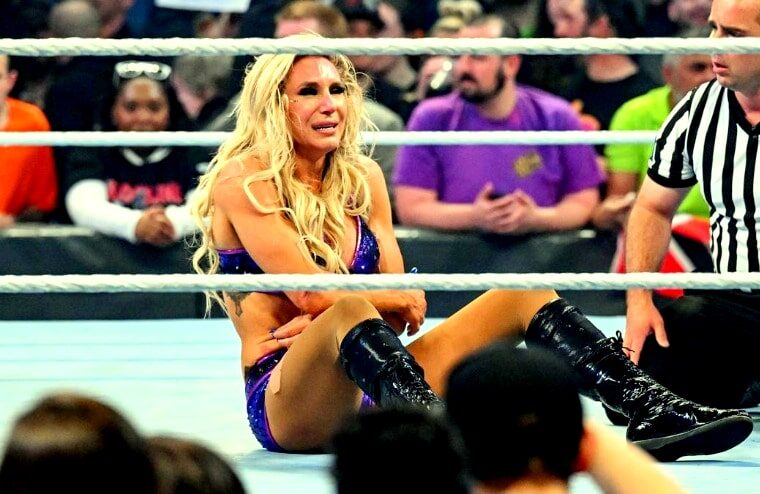 Five months ago, Charlotte Flair lost an I Quit match to Ronda Rousey, and subsequently, WWE announced that Flair had suffered a fractured radius and encouraged fans to visit WWE.com for updates. And while it was clearly a storyline injury, many assumed it was simply a way for Flair to sell the armbar and explain why she’d lost the match. However, shortly afterward, it was reported it was done so she and AEW’s Andrade El Idolo could marry and have an extended honeymoon.

Yet, while Andrade returned to AEW television himself months ago, Flair has remained absent from WWE. And now, during an interview, he has revealed when asked about possibly speaking to Triple H that while he can go through his wife, she is currently on hiatus due to “personal reasons.“

If he wanted to speak to me, my wife works there, so he can always reach out to me from there too. It is difficult at the same time because Ashley has time off due to personal reasons, and she will specify them in future interviews. It was very heavy because she worked on Thursdays to work on weekends while I traveled on Tuesdays and returned on Thursdays as soon as she was scheduled to leave. Right now, we are good because I get to see her more. I hope she comes back soon.

This disclosure has resulted in a lot of online speculation regarding the reason, especially with Andrade adding he hopes she comes back soon, seemingly indicating he doesn’t know himself. And while this is somewhat disconcerting for her fans, it is her story to tell when the time is right. Nevertheless, considering her standing in the company, WWE will likely keep her spot open for as long as she needs, and it would take a brave person to bet against her featuring in another WrestleMania main event next year.